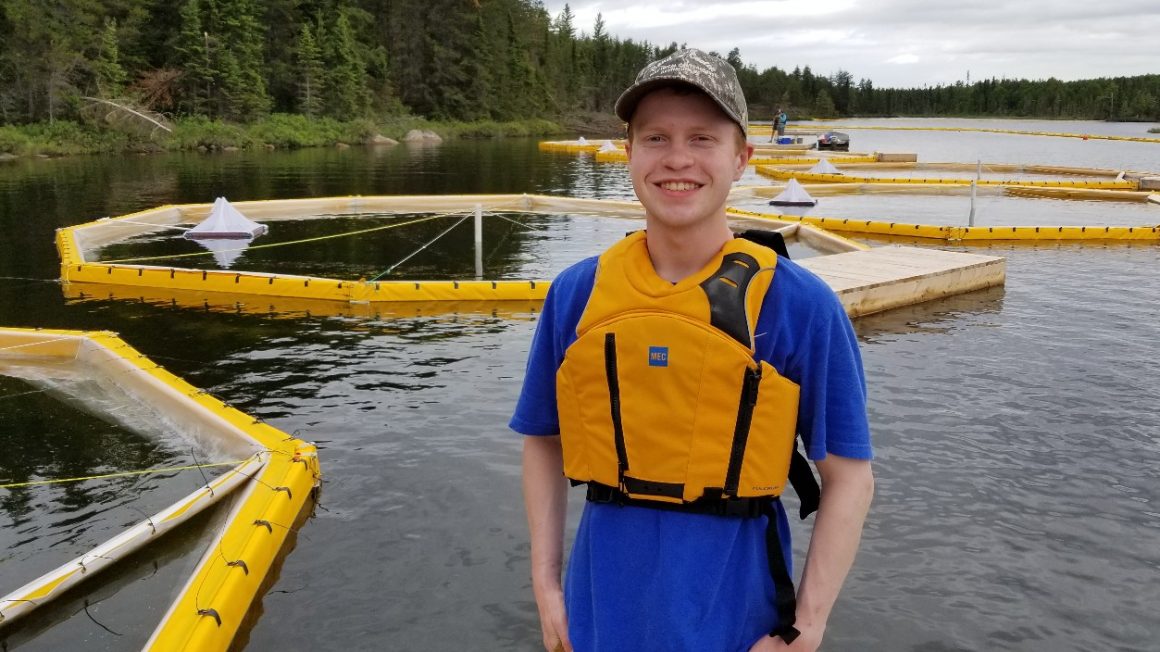 Daniel Denton at the ELA in northwestern Ontario

When asked about his interest in participating in an upcoming project in northwestern Ontario’s The International Institute for Sustainable Development (IISD) Experimental Lakes Area (ELA), Dr. Caleb Hasler not only leapt at the opportunity, but saw it as a chance to include an undergraduate student in important research into the environmental impacts of pipeline projects.

It was a very unique experience being part of a large team of scientists doing all sorts of different projects with this polluted water and trying to do this groundbreaking work.

The result is a study in the April 2022 issue of Aquatic Toxicology – on which Hasler, Associate Professor of Biology and Chancellor’s Research Chair at The University of Winnipeg, and then-undergraduate Daniel Denton are among several co-authors – which explored the potential effects of diluted bitumen spills on larval wood frogs in a boreal lake.

Though only limited significant impacts on the larval wood frogs were observed across the several-week study, the research adds to a limited but growing body of literature that could play a vital role in determining the risks associated with the transport of diluted bitumen, a blend of the unconventional crude oil known as bitumen and lighter petroleum product, by way of pipeline.

Further research in this field is imperative, too. The work done by Hasler and Denton, who graduated from UWinnipeg with a Bachelor of Science (Honours) in 2019, was only a snapshot, said Hasler.

Research such as this stands to play an integral role in safeguarding habitats and at-risk species by ensuring possible environmental problems are avoided before they occur. He likened the research to that which had been done on mRNA vaccines prior to the COVID-19 outbreak.

“The only reason we got a vaccine so quickly is that people had been doing work on mRNA vaccines, so we knew that there was possibilities there,” said Hasler. “If we do the same with these environmental projects in identifying how the toxins or pollutants are going to impact all the different life stages of all the different animals and plants that will be impacted, we could then at least design pipelines so they go in places that prevent those impacts.”

Engaging in this research was incredibly meaningful to Denton. It provided invaluable field experience and an opportunity to work alongside local and national researchers as part of the BOREAL study, including individuals from Environment and Climate Change Canada, Queen’s University, University of Ottawa, University of Manitoba, and the IISD-ELA.

“It was a very unique experience being part of a large team of scientists doing all sorts of different projects with this polluted water and trying to do this groundbreaking work,” said Denton, who measured a number of variables, including the sociality and space use of the tadpoles. “Most mornings we would have discussions about what we were going to do for the day and it was just fascinating being a part of something that large and intricate.”

Leaving Denton to his own devices provided him with knowledge, insight, and the chance to see the practical application of skills he may not have received in the lab or classroom, Hasler explained. And Denton’s experience was enhanced by UWinnipeg’s Major Research Grant and the IISD-ELA HQP Support Grant, which allowed him to remain on site.

“I think that’s a really important part for training these students,” Hasler said. “They need to be independent and show leadership skills and problem solving skills and all those things, because that’s what employers are looking for. I’m not going to do them a service if I go out there and do it myself and have them just look over my shoulder, and Daniel was very independent, very good at communicating, and a good problem solver.”

In part due to his role in the study, Denton remains interested in research as a career and is pursuing opportunities to get involved in more research.

“I learned a lot of things about environmental science that I didn’t know,” Denton said. “And having that collaboration experience, I now understand what it’s like to work on a research project with 20 other people all at the same time – how you fit into the larger picture is something that is a unique experience people should be able to experience in their fields because it gives you a lot more perspective on the scientific process and how research is really done.” 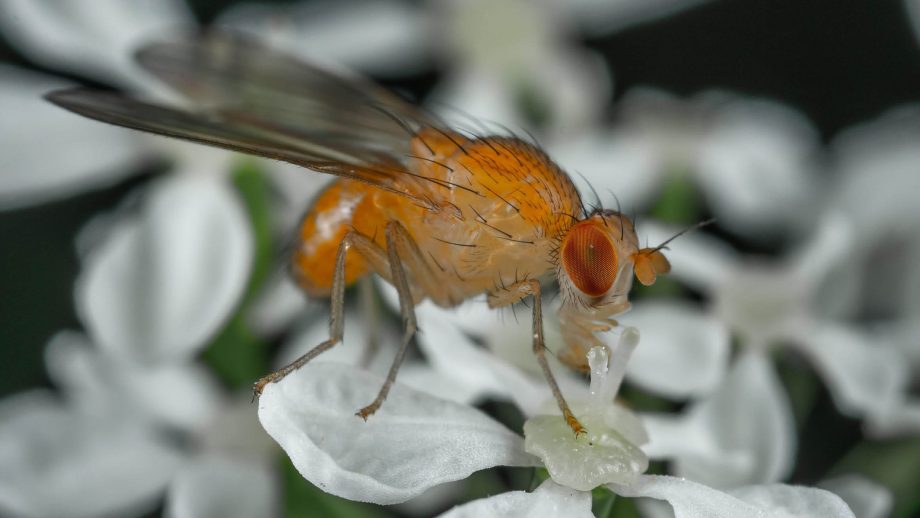 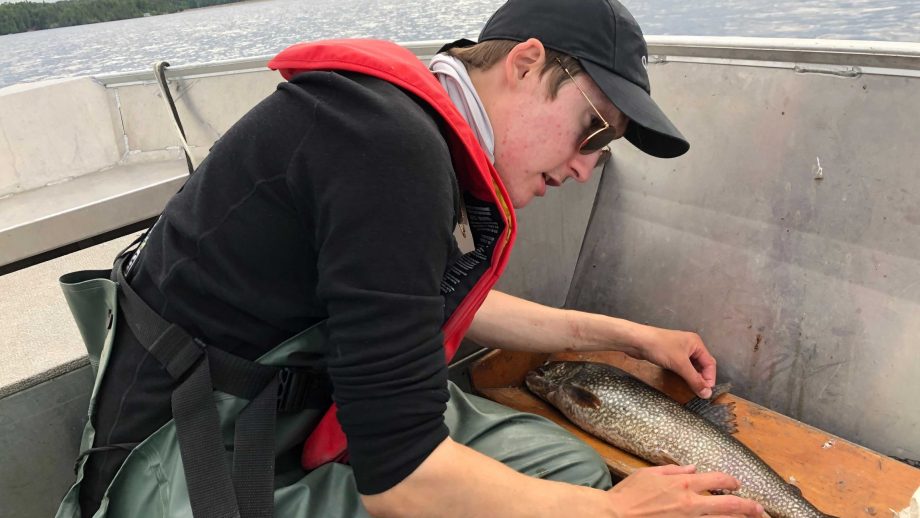