A call to the wild 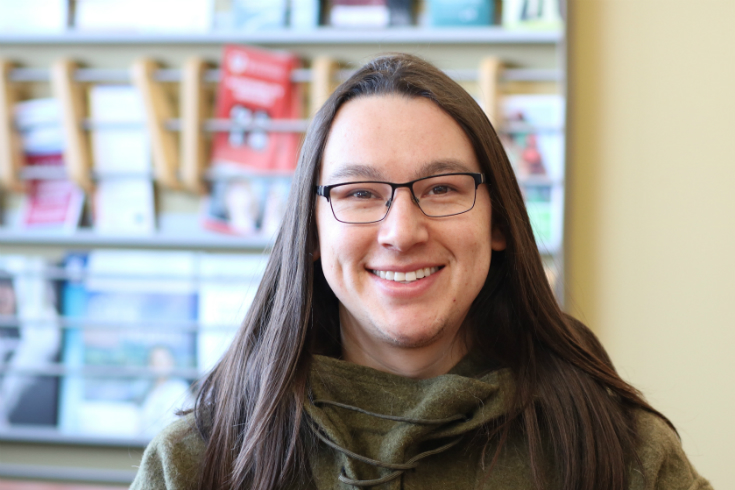 Timothy Lawrence Coughlan, is no stranger to adventure.

As UWinnipeg’s Aboriginal recruiter, Coughlan, who is an Anishinaabe from Bloodvein First Nation, has clocked thousands of kilometres, travelling ice roads and flying in small planes, across the province of Manitoba and Canada’s north, including Nunavut. He was recently recruited by The Aboriginal Peoples Television Network (APTN) to go into the Canadian wilderness and use his land-based skills on a 25-day journey.

Travelling in a 100-year-old birch bark canoe, Coughlan and five other Indigenous adventurers canoed and camped along the waterways in harsh terrain for an adventure of a lifetime. With only the clothes on his back and one personal item, his journal, Coughlan discovered what it takes to survive.

His journey, which emulated the routes taken by Indigenous traders during fur trade expeditions four centuries ago, was documented in English and Oji-Cree for the series Merchants of the Wild that will air on Friday, February 22 on APTN.

Merchants of the Wild is a land-based survival trip that taught Coughlan what it takes to complete a fur trade mission similar to the ones his ancestors would have endured using only traditional tools, which includes lighting a fire using flint and steel.

During the first days Coughlan was given only two pieces of pemmican. “It was more challenging than expected,” shared Coughlan, “I was inspired by the teachings. We learned from different Elders and Knowledge Keepers that taught us a new skill every day and then they would gift us the tools.”

Coughlan, along with his fellow adventurers, learned a range of skills taught by Anishinaabe Elders who provided cultural and survival knowledge to help the adventurers succeed on their journey, including how to patch a canoe, bow making, tipi building, and Indigenous medicines.

“It was inspiring to have Elders and Knowledge Keepers share lessons passed down through generations,” said Coughlan. “We could see the joy they had in sharing the gifts that they carry.”

Coughlan enjoyed the simplicity of the teachings and their beauty, but found that perfecting the technique could take time and practice. 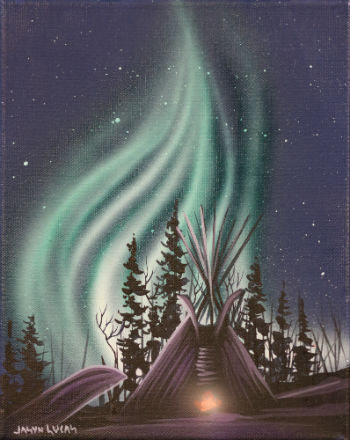 a painting by Jasyn Lucas

On a memorable note, Coughlan witnessed an incredible display of northern lights that he had documented by Cree artist Jasyn Lucas (which is hanging in his office), and recognized this trip, as an incredible lesson in self-discovery.

“This journey has made me comfortable in my own skin,” said Coughlan. On a lighter note, after his journey he smelled like smoke for two weeks and really enjoyed the taste of food again.

Coughlan is a UWinnipeg alum with a BA in Kinesiology.  When he is not travelling across Manitoba to promote UWinnipeg to Indigenous youth in his role as UWinnipeg’s Aboriginal liaison officer and recruiter, he volunteers with the Bear Clan Patrol, and plays soccer.

He tries to be out on the land as much as possible: canoe tripping, fishing, and making maple syrup from trees in his back yard. The opportunity to use his land-based skills to participate in Merchants of the Wild has fueled his passion for learning about Indigenous history, language, and traditional spirituality. 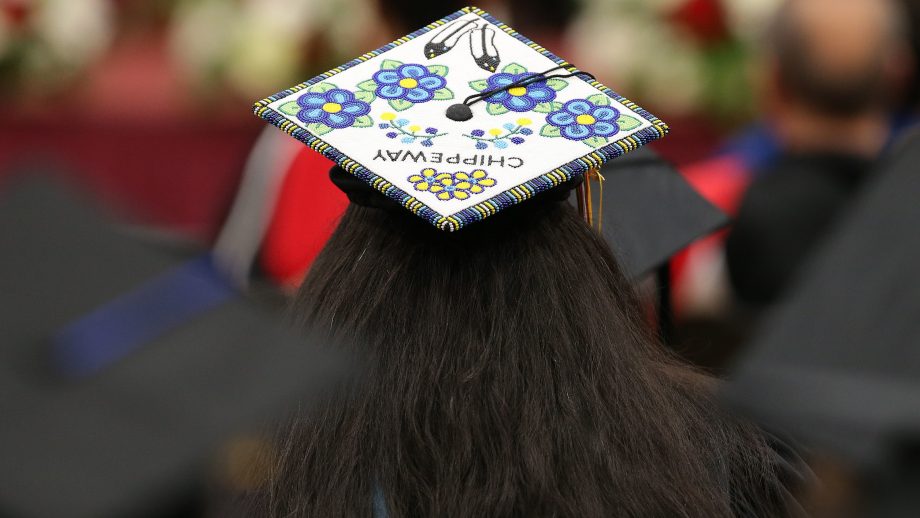 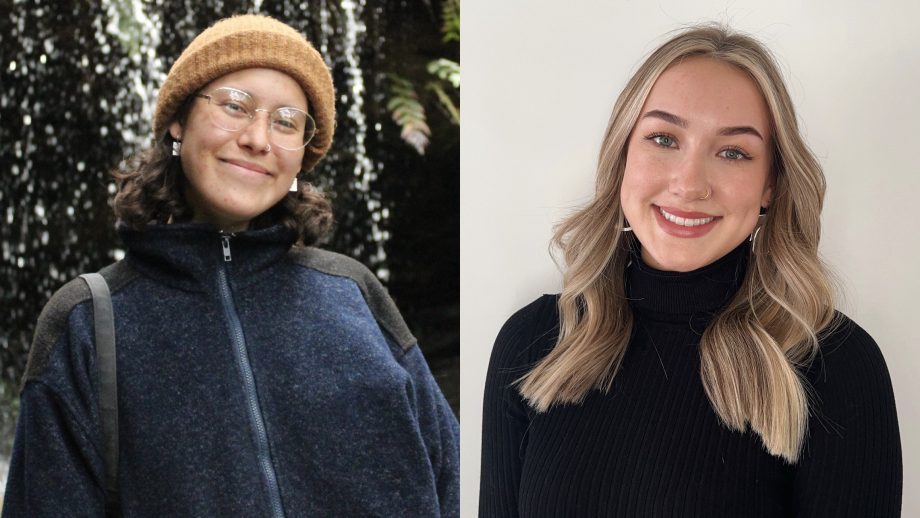 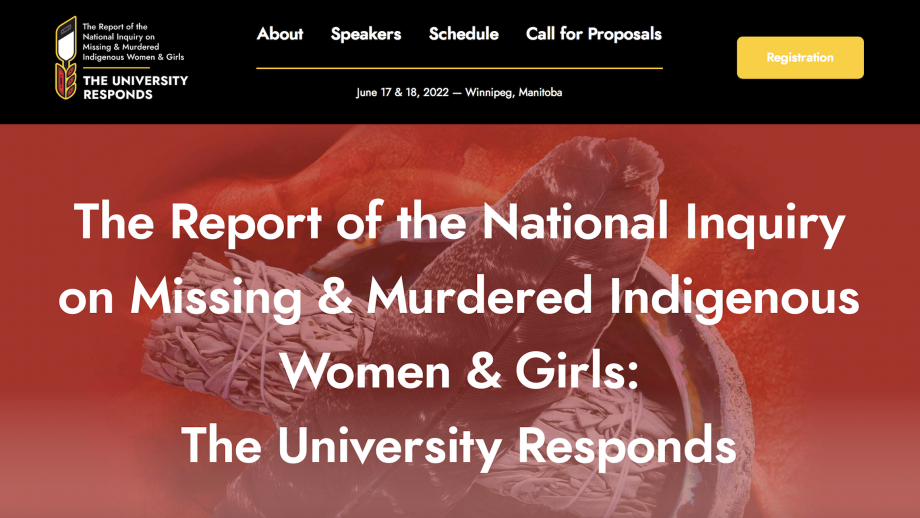