Campus flags to be lowered in honour of Jim Carr 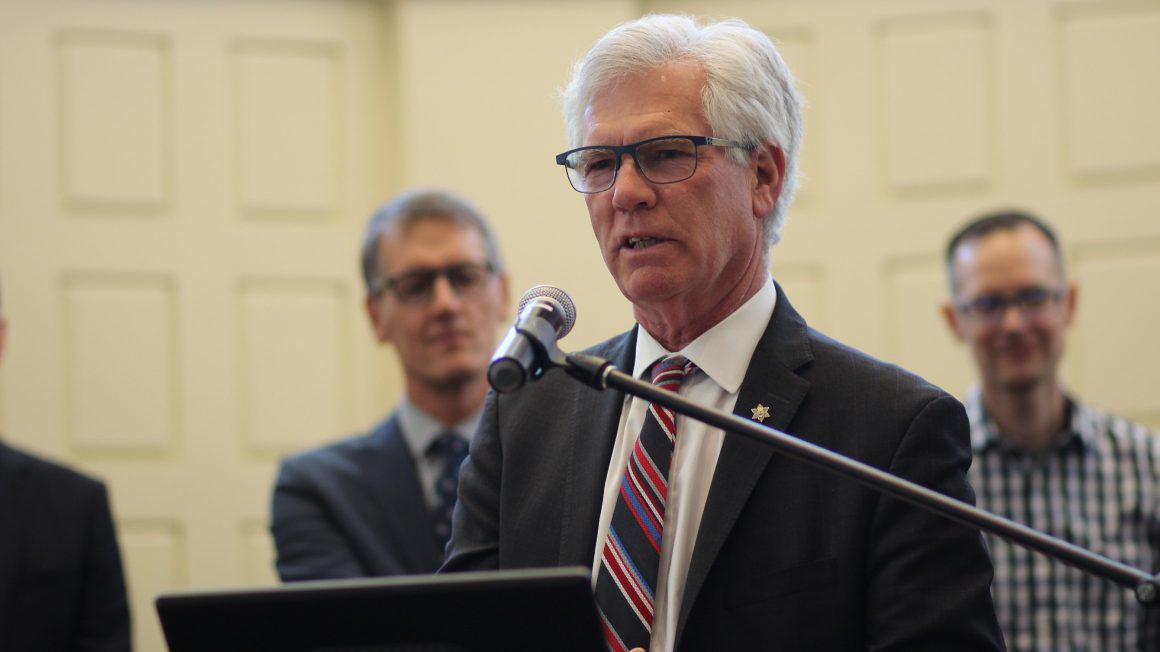 The Honourable Jim Carr speaks during a visit to The University of Winnipeg in 2019 for a Western Economic Diversification Canada funding announcement.

The University of Winnipeg community mourns the loss of The Honourable Jim Carr, Member of Parliament for Winnipeg South Centre, who passed away at the age of 71 on Monday, December 12. Carr graduated from the UWinnipeg Collegiate in 1970 and served as the University’s Executive Director of External Relations for several years in the 1980s.

A dedicated business and community leader in Winnipeg for more than three decades, Carr was widely respected for his integrity, passion, and unwavering commitment to improving the lives of Canadians. He was elected the Member of Parliament for Winnipeg South in October 2015 and appointed Minister of Natural Resources in November 2015. In July 2018, he was appointed Minister of International Trade Diversification.

Carr was re-elected as MP for Winnipeg South in October 2019 and appointed the Prime Minister’s Special Representative for the Prairies.

Prior to his political career, Carr spent decades as an active volunteer with a number of local, provincial, and national organizations. He was the founding co-chair of the Winnipeg Poverty Reduction Council and served on boards for the Winnipeg Symphony Orchestra, Canada West Foundation, and Arthur V. Mauro Centre for Peace and Justice.

In honour of Jim Carr, campus flags will be flown at half-mast on Wednesday, December 14, 2022.