Campus sustainability awards to be given at convocation

The University of Winnipeg honours two members of the campus community for their meritorious contributions to sustainability at the 2017 Autumn Convocation. Rhodes Scholar and alumna Alana Lajoie-O’Malley will receive the 50th Anniversary Sustainability Recognition Award and Dr. Patricia Fitzpatrick (geography) will receive the annual the Campus Sustainability Recognition Award. The 2017 Autumn Convocation is on Friday, October 13, 2017 in the UWinnipeg David F. Anderson Gymnasium in the Duckworth Centre at 400 Spence Street. 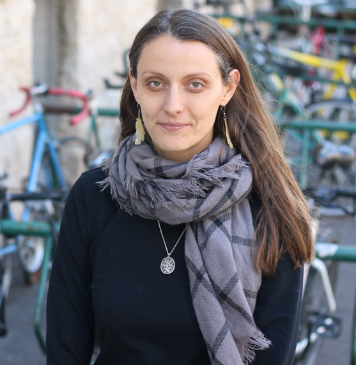 Between 2003 and 2006, Lajoie-O’Malley was a founding member of the student group that lobbied UWinnipeg to establish a sustainability initiative and set clear GHG emission reduction targets. She played a key role in developing the concept paper that framed much of the University’s approach to sustainability and community engagement in the decade that followed.

Lajoie-O’Malley is a frequent guest speaker on climate action, sustainability planning, and environmental advocacy in classrooms and conferences. She advocates for the value of education in advancing social change.

When public speaking or participating in dialogues and consultations, Lajoie-O’Malley never shies away from pushing the envelope and challenging groups to reconsider what is possible. She is firmly committed to clearing the path for young people to speak louder, clearer, and more intelligently about issues that matter to them.

Lajoie-O’Malley has served on the Board of the Manitoba Eco-Network twice and has supported or co-founded other grassroots organizations working on climate issues in Manitoba.

She holds a Bachelor of Science in Physics and a Bachelor of Arts (Hons) from UWinnipeg and se also holds a Master in Philosophy in Modern South Asian Studies from The University of Oxford. 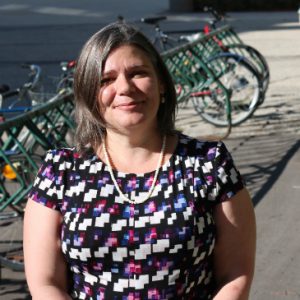 Patricia Fitzpatrick, BA, MNRM, PhD
Campus Sustainability Recognition Award
Fitzpatrick has made significant contributions to environmental, social, and economic sustainability at The University of Winnipeg and within the wider community. Her work over the last 20 years has focused on better environmental governance surrounding large-scale development in Canada. She is an expert in environmental assessment and has been involved in reviews of Manitoba’s hog industry, the Keeyask hydroelectric project, and Manitoba Hydro’s Bipole III Transmission Line, among others.

Between 2010 and 2014, Fitzpatrick undertook a federally-funded research program in government and voluntary mining sustainability policies in Canada and Brazil. The purpose of this work was to explore how to foster community resilience in single-industry mining locales.

She has published extensively on the topic of good environmental planning and has participated as an expert witness in many regulatory proceedings — including, most recently, as a panelist for the federal government’s environmental assessment processes review. By providing her expert opinion on large-scale projects, Fitzpatrick assists in making Canada a more sustainable place to live.

An advocate for knowledge mobilization and public participation, she has increased public understanding of her field through several creative campaigns. Her Legitimacy Project aims to improve the effectiveness and transparency of environmental assessment and governance. The project has been successful in engaging the public through a series of online videos titled “Let’s Talk EA.”

At UWinnipeg, she has provided invaluable mentorship and support to undergraduate and graduate students in the geography and environmental science departments. Fitzpatrick does an exemplary job of getting students involved in the community, and provides many opportunities for students to participate in sustainability-driven research.

She has helped raise the University’s reputation as a leader in sustainability on the provincial, national, and international stage through her involvement in high-profile conferences and her partnerships with other sustainability-minded researchers around the world.