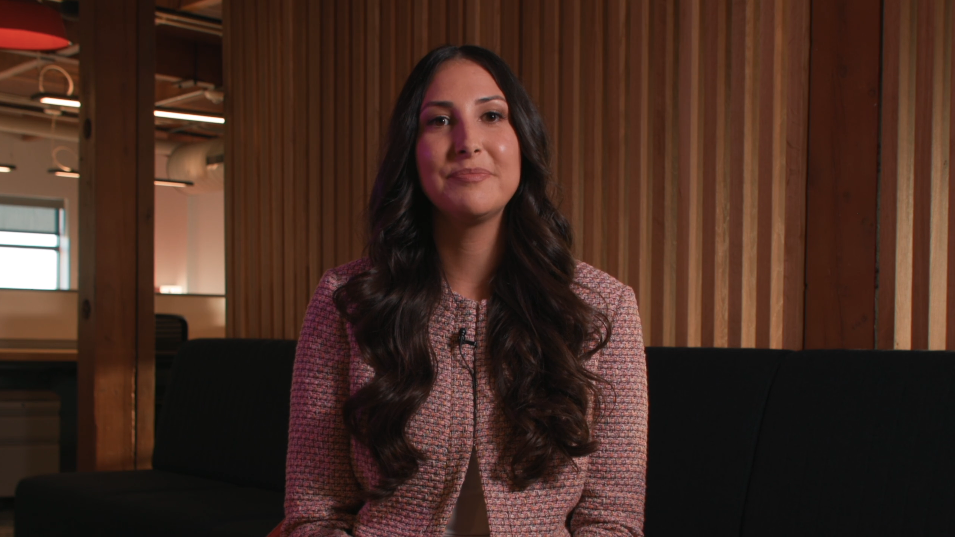 An inventive program aiming to engage students through coding and hip-hop music, and aid in the advancement of racial equality is on its way to Canadian classrooms, thanks to The University of Winnipeg Collegiate teacher Christine M’Lot.

M’Lot, who teaches English, World Issues, and Truth and Reconciliation at the Collegiate, co-authored the Your Voice is Power program, which combines elements of computer science with hip-hop beat making and highlights Indigenous voices through their art. Initially developed in the United States as a collaboration between Amazon Future Engineer, Georgia Tech, and music icon Pharrell Williams’ non-profit organization, the course was adapted for a Canadian curriculum by M’Lot on behalf of TakingITGlobal.

The partnership was a perfect match, too. Unbeknownst to TakingITGlobal, M’Lot had run a past program introducing her Grade 10 students to the history of hip hop. Unlike that course, which required audio engineering assistance and some equipment from Winnipeg’s Studio 393, Your Voice Is Power brings all the tools necessary right into the classroom.

“This (program) will just make it more accessible and easier to do,” M’Lot said. “It’s just the classroom teacher and the students. They don’t need any outside people, engineers, or technicians that can use this complicated technology.”

It’s just the logical next step to talk about where are Indigenous people now, what are some of the things we can celebrate, and how are we going to move forward in a good way and keep it in our culture.

Throughout the program, students use an online code editor, EarSketch, to remix music by Indigenous artists Dakota Bear, Jayli Wolf, and Samian, and are encouraged to take inspiration from the themes of social justice demonstrated in the musicians’ work. The course, and the song-creating competition, is open to all K-12 students and available are 16 prizes, including two grand prizes of $5,000 for tuition or business start-up costs.

Among the goals of the program is to work with communities who are underrepresented in technology, and M’Lot explained Amazon Future Engineer recognized the Indigenous population is disproportionately absent in the field. A 2019 study from The Brookfield Institute for Innovation + Entrepreneurship reported there are little more than 13,000 Indigenous tech workers in Canada. More than 900,000 tech workers identified as non-Indigenous.

Your Voice Is Power’s hands-on approach to learning hopes to inspire and capture the minds of those who haven’t previously had the access, opportunity, or knowledge of the tech field prior. And it’s widespread applicability can increased the program’s reach.

“It’s very cross-curricular,” M’Lot said. “I could do this in a history course; we learn about the history of hip hop and forms of oppression in the United States and Canada. I did it in my English language arts course, because there are literary devices, artistic ways of speaking. I’m going to be doing it in my Truth and Reconciliation course, and it could be done in any computer science course or Indigenous studies course. There are tons of entrance areas for teachers.”

Next step in Indigenous education

But Your Voice Is Power isn’t the only way M’Lot is helping advance Indigenous education. In addition, M’Lot co-edited a new textbook, Resurgence, which features a collection of works by Indigenous artists and seeks to supplement current curricula with Indigenous voices and pedagogies. The K-12 textbook will release in April from Portage & Main Press/HighWater Press.

Said M’Lot, among the main focuses was moving the conversation away from solely Indigenous trauma to the ways in which those hardships were overcome and ultimately finding a way to celebrate survival and the brilliance of Indigenous communities. Alongside co-editor Katya Ferguson, M’Lot worked to ensure the learning resource would talk about Indigenous people as “active agents of change,” which she called a missing link in current curriculum documents and subject matter.

“It’s just the logical next step to talk about where are Indigenous people now, what are some of the things we can celebrate, and how are we going to move forward in a good way and keep it in our culture,” M’Lot said. “It’s a logical next step. Also, what that can do for Indigenous students in the classroom is it can inspire them and hopefully empower them.”