Sex trafficking is a modern form of slavery that thrives in Canada. Sex traffickers use violence, threats, lies, debt bondage, and other forms of coercion to compel adults and children to engage in commercial sex acts against their will. UWinnipeg’s Global College presents the 3rd Community Forum on Sex Trafficking in Canada on Monday, June 6th at 5:00 p.m. in room 2M70, Manitoba Hall, University of Winnipeg. The forum is co-hosted by Ma Mawi Wi Chi Itata Centre Inc. in conjunction with the intensive course, Sex Trafficking – Global to Local. The course features guest instructor Gunilla Ekberg from Sweden, an expert on the Nordic model. This is free and open to the public.

“We as a society have a responsibility to acknowledge the disproportionate number of youth of Aboriginal origin whose daily exploitation is the key source for Manitoba’s thriving sex trafficking industry,” expressed McPhedran.

“Through this Community Forum we are bringing together diverse experts in the field of sex trafficking of women and girls in Canada to share their insights, knowledge, emerging trends, and most importantly, how all citizens can be part of the solution,” shared Redsky. “Together, we can give a voice to survivors, end this extreme form of violence against women and girls, and stop this appalling violation of human rights.”

Before becoming a lawyer, Ekberg worked as a social worker with victims of all forms of violence against women and girls in several countries, including Sweden, Denmark, USA, and Canada. She is the chair of the international research group Sorbus Onderzoek/Research and is the founder Institute for Feminism & Human Rights, a non-government policy institute. 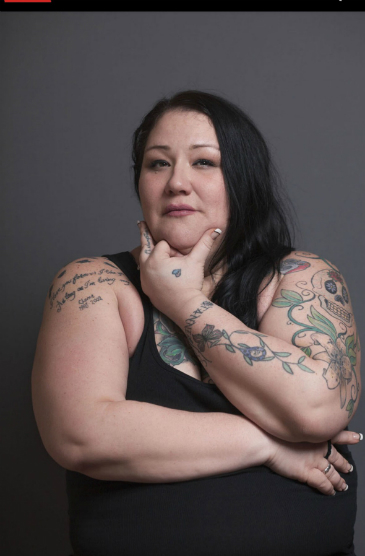 Bridget Perrier is a former sex worker who co-founded Sex Trade 101. She was involved in the Bedford v. Canada case that led to major changes in the Criminal Code of Canada regarding prostitution, when she generated controversy by displaying a pimp stick to the media to demonstrate how she had been battered by her pimp every day that he exploited her. Bridget has broken silence about her childhood trauma, and in her advocacy she provides information about how such trauma can be associated with chronic disease in adulthood and how child trafficking will eventually worsen the economic burden on society. She also speaks to the links between sex trafficking and Missing and Murdered Indigenous Women and Girls in Canada.

Diane Redsky has dedicated the past 15 years to working in Canada and abroad to address the sexual exploitation and trafficking of Canadian women and girls. She was the executive coordinator of the National Task Force on Sex Trafficking of Women and Girls in Canada that in 2014 delivered a comprehensive strategy with 34 recommendations to end sex trafficking in Canada.

About the Course
Directed by McPhedran, Sex Trafficking – Global to Local explores the interconnections between prostitution and sex trafficking, and assesses judicial, state, and non-state responses to human sex trafficking over the past 40 years with global, national, and local perspectives. Moving beyond theories, the course engages those who provide victim protection, and examines the implementation of human trafficking prevention and reduction strategies in Manitoba, Canada, and internationally.

McPhedran also directs the Institute for International Women’s Rights and the Human Rights UniverCity program at The University of Winnipeg’s Global College.