Due to loosened COVID-19 restrictions, Angeline Nelson, Director of Community Learning and Engagement, says the camp will take place over two separate weeks at the end of July.

“We’re so excited to be able to host an in-person camp this year and to finally open the centre to some small capacity,” she said.

This annual camp, which focuses on science, technology, engineering, arts, and mathematics, is designed for students going into Grades 1 – 6 this fall. In 2019, Wii Chiiwaakanak received a boost from the Natural Sciences and Engineering Research Council of Canada (NSERC) in the form of $75,000 in funding over three years as part of the PromoScience program.

And thanks to Drs. Julie Nagam and Jaime Cidro, who opened up the Aabijijiwan New Media Lab and Kishaadigeh Collaborative Research Centre at Richardson College, the camp is able to accommodate 25 students per week split amongst both sites.

“Drs. Nagam and Cidro have been incredible partners and so accommodating to us,” Nelson explained. “They have purchased extra STEM kits for us to use with the kids, and given us full access to their new space to host a second camp location.”

Hosted on The University of Winnipeg campus, camp activities combine Indigenous knowledge with other departments at the University, such as chemistry, physics, computer science, and biology.

“We are really looking forward to the Forks field trip because of the newly built lodge,” Nelson said. “We have planned a lot of activities there in addition to learning about the history of the forks site, Treaty 1 which is going to be 150 years since it was signed, and to learn about Indigenous structures and design.”

There will also be a couple of artists in residence thanks to the partnership with Drs. Nagam and Cidro. KC Adams is going to be doing a clay pinch pot workshop the first week, while Blake Angeconeb will be leading the students in an art workshop focused on Anishinaabe woodland-style art with a contemporary twist.

Along with Wii Chiiwaakanak’s own summer students, students from the Community Education Development Association (CEDA) have been training with the centre as they prepare to take on some teaching roles with the camp.

“Partnerships are really what have allowed us to host this camp this year,” Nelson said. “The partnerships with CEDA and Aabijijiwan New Media Lab have been invaluable, and then, of course, the support of funders like NSERC PromoScience.”

“We are grateful to have this opportunity.” 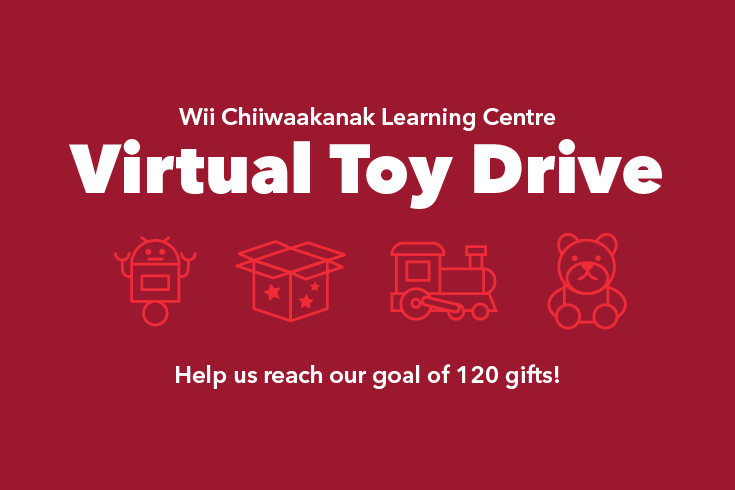