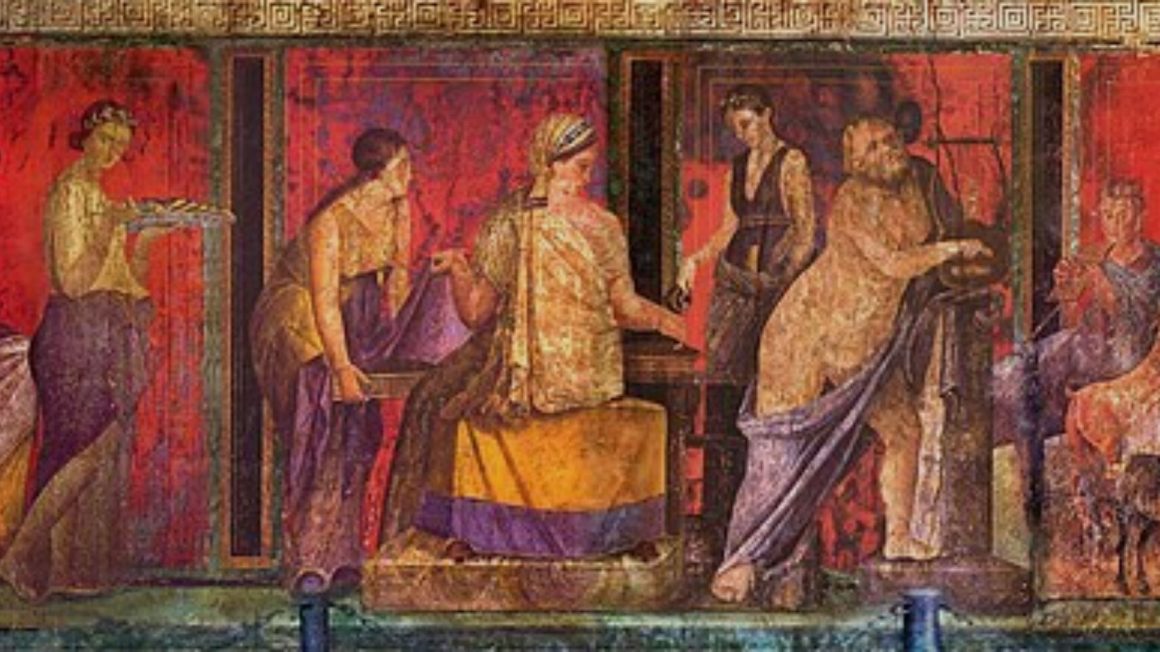 University of Winnipeg Classics Professor Dr. Melissa Funke is part of a group of academics from across Canada and the United States whose open-access and public outreach project Peopling the Past has been awarded an honourable mention for an Emerging Open Scholarship Award from the Canadian Social Knowledge Institute (C-SKI) and recognized with a Public Scholarship award by the Women’s Classical Caucus.

Peopling the Past is an interdisciplinary and multimedia initiative that hosts free, open-access resources for teaching and learning about real people in the ancient world and the people who study them. It was conceived broadly, including the entirety of the ancient Mediterranean, and set out to share these diverse, multilingual, multi-religious, and multi-ethnic cultures with the public.

Our department is proud that Dr. Funke and her ‘Peopling the Past’ team have received an Honourable Mention for their engaging and innovative project.

The project’s aim is to illuminate the ancient world beyond the ancient Greek and Roman temples and stadiums that fill the modern imagination. Peopling the Past brings to light the real, lived experiences of the people in the ancient world and focuses on marginalized people, such as enslaved people, women, and disabled people.

Peopling the Past also offers videos that open the door to antiquity and are designed for undergraduates, high school teachers, and the general public. They, along with other resources like podcasts and a series of interviews (hosted on their blog), will permit a deeper understanding of the lives of people in antiquity and a richer understanding of the class, gender, and ethnic diversity of the ancient world.

Funke is the group’s Social Media Coordinator and is also featured in episode five of the video series, speaking about theatrical performance and mime. She’ll also be co-hosting the second season of the Peopling the Past podcast.

“I congratulate Dr. Funke on this great initiative and wonderful achievement,” said Dr. Glenn Moulaison, UWinnipeg Dean of Arts. “Having viewed her own contribution to the video series, on mime, I can attest to its being a beautiful piece of work.”

“The Canadian Social Knowledge Institute (C-SKI) received hundreds of outstanding nominations for their Open Scholarship Awards this year, and our department is proud that Dr. Funke and her Peopling the Past team have received an Honourable Mention for their engaging and innovative project,” said Dr. Peter Miller, UWinnipeg Chair, Department of Classics. “Their recognition by the Women’s Classical Caucus also adds them to a list of past winners that includes truly outstanding projects in public outreach.”

C-SKI actively engages issues related to networked open social scholarship: creating and disseminating research and research technologies in ways that are accessible and significant to a broad audience that includes specialists and active non-specialists.

The Women’s Classical Caucus, an affiliated group of the Society for Classical Studies (the largest organization in the world devoted to the study of Classical Antiquity), was established in 1972 to encourage feminist research on all aspects of the ancient Mediterranean and to advance the goals of equity and diversity in the progression.