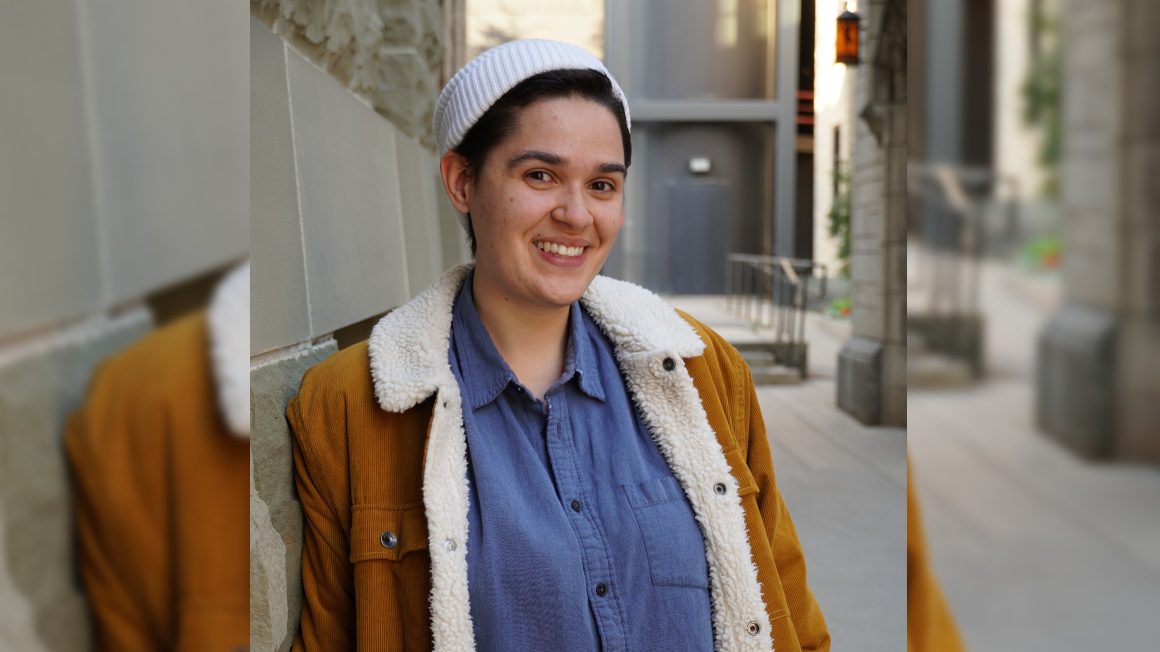 Ciarra O’Reggio’s first love was the arts, but as do many first-year university students, they wrestled with the desire to fulfill the expectations of others and the pull of pursuing one’s own passion. It’s for that reason O’Reggio’s initial post-secondary pursuit was in the sciences, but why their enthusiasm for creative writing and one year of self-discovery ultimately led O’Reggio to chase a dream at University of Winnipeg.

“I cared a lot about being on a ‘respectable’ path at the beginning,” said O’Reggio, who is graduating with a Bachelor of Arts (Honours) in English. “But I quickly discovered my heart was somewhere else.”

O’Reggio, who entered the Honours program midway through their studies, cited the study of critical theory and the tutelage of Dr. Peter Melville, Dr. Alyson Brickey, and Dr. Jenny Heijun Wills as among the most formative experiences during their time at UWinnipeg.

“All of the professors really in the English department have been awesome,” O’Reggio said. “But specifically those three I feel I had an opportunity to explore this new realm of critical theory with them in a great way.”

As O’Reggio prepares to deliver a message to fellow graduates as Autumn 2021 valedictorian, a message of self-determination has, fittingly, been on their mind. Charting their own course and following their own ambitions has been life altering for O’Reggio, whose writing not only appeared in The University of Winnipeg’s juice literary journal but earned them the Mr. and Mrs. Ong Hoo Hong Emerging Writers Prize. O’Reggio was also the recipient of The Judith F. Gainsbury Memorial Scholarship in Creative Writing.

“I feel like especially in university, you can get into the habit of writing things, saying things, creating things that will just make your teachers impressed,” O’Reggio said, “but I think what I’m learning to do and what I would want to encourage other students to do is to start taking that determination they’ve used to impress others and start turning it around to impress themselves.” 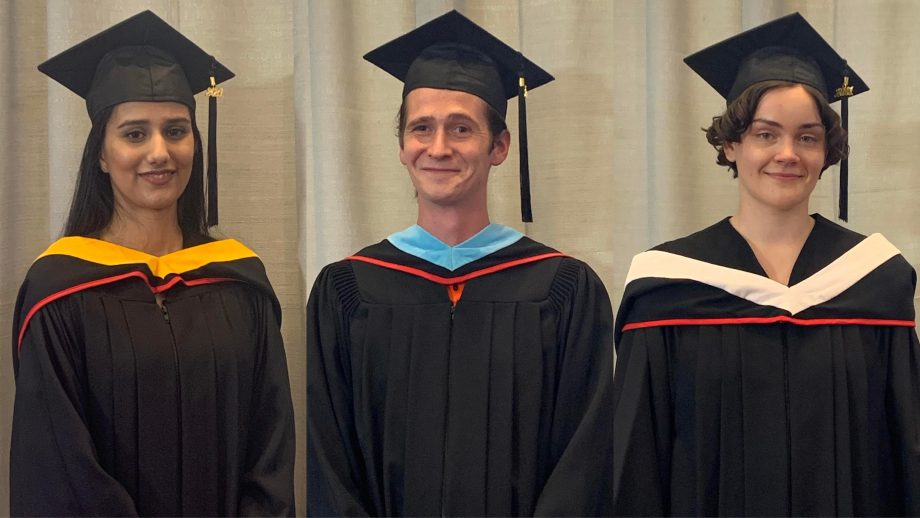 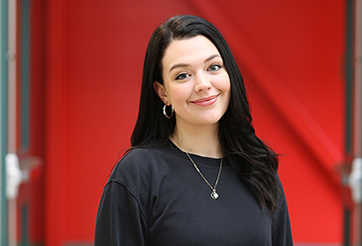