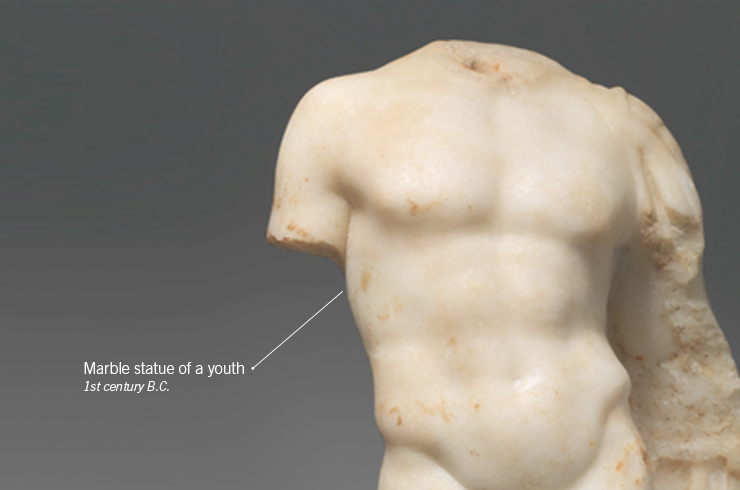 The University of Winnipeg is shining light on classics with the return of the interesting and engaging New Directions in Classics series. This eight-part lecture series, which is open to the public, begins this September and runs until March.

The series, organized by UWinnipeg’s Dr. Peter J. Miller (classics) and UWinnipeg Classics Honours alumna Ruth Dickinson, covers an array of topics showcasing the classics as relevant and fundamental to the study of arts, culture, and language in our contemporary world.

“It is wonderful to see so many people – students, faculty, staff, and public – attend our series,” said Dickinson, “I found my studies of the Classical world at UWinnipeg fascinating, so I am thrilled to share my enthusiasm with others.” 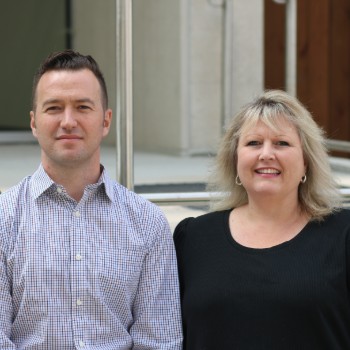 Starting with the ancient Greek colonial fantasy of new settlement in ancient Egypt, the series goes on to discover Latin poems as comics, looks at the remarkable technological and astronomical knowledge embedded in an ancient machine discovered in a ship-wreck, and much more!

“Our series focus on ‘new’ is just that — a search for novelty in one of the oldest academic disciplines,” said Miller. “We’re interested in new methods, new areas of study, and new findings that allow us and our audiences to engage with and understand the ancient past as something present in our everyday lives here in Winnipeg. If the past is, as we argue, always with us, then it is vital for academics, students, and the public to know how our understanding of the past has been shaped and who has done the shaping.”

This year, two lectures are taking place at Merchant’s Corner, UWinnipeg’s north end educational hub, and are sponsored by the Society for Classical Studies. They are Presence and Absence in War Memorials, Ancient and Modern given by Dr. Matthew Sears, University of New Brunswick, and Fears of Foreign Women: Women’s Experiences as Refugees and Immigrants in Antiquity and Today, given by Dr. Rebecca Kennedy of Denison University.

Sears’ talk shows how ancient and modern war memorials, far from recording history, in fact were/are engaged in the social and political debates. Memorials reflect and shape societies, but Sears questions the motives of those who use war and its memorialization.. Kennedy’s talk on ancient and modern immigrant and refugee women will similarly map how even some of the most current political or social issues – especially the stereotypes surrounding non-white immigrants or refugees – may be engaged with our interpretation of the ancient Greek past.

According to some historians, ancient Alexandria was a completely new – and Greek – settlement on Egypt’s Mediterranean coast. But, Dr. Katherine Blouin stresses that this foundation story severs Alexandria from Egypt, its landscapes, and its native populations. In this talk, she explains that this environmental, socio-cultural and economic disconnection is rooted in colonial fantasies that testify to the imperial entanglements of classics, Egyptology and papyrology.

Far from simply recording or preserving history, war memorials should be considered part of history, both reflecting and shaping how a society expresses itself. War memorials honour the dead, but also the ideals for which they supposedly fought. By the same token, what is left out of memorials is also telling. Today, ancient and modern war memorials are being mobilized by the far-right to advance exclusionary ideas about the “West” and its values. In this talk, Dr. Matthew Sears advocates for a new and critical evaluation of war memorials and their myriad uses.

The Antikythera mechanism is one of the most remarkable technological devices from the pre-modern era. Originally found in the debris of an ancient shipwreck in 1901, the device was little studied and little understood until much later in the twentieth and even into the twenty-first century. Then, its most important secrets began to be unveiled by advanced imaging techniques. This lecture looks at the remarkable technological and astronomical knowledge embedded in the ancient machine, and the efforts that it took to uncover them in the modern era.

How are Latin poems like comics? Although these texts seem far removed in time and place, Natalie Swain explains how comics can bring a new perspective on ancient poetry. In this talk, she shows how a highly ornate collection of Latin love poetry can be read as a connected sequence – and how reading comics today can provide the tools and help us understand these intricate ancient narratives.

Wikipedia, the fifth most visited website in the world, is one of the most influential sources of information available. However, gaps and prejudice remain: out of the 1.5-million biographies available, only 17 per cent focus on women. This talk examines the targeted online activism of the #WCCWiki project, the Women’s Classical Committee’s project to rectify Wikipedia’s stark gender imbalance, beginning with classics and classical scholarship.

This talk introduces the idea of “pluriversal history,” an approach to history where the past is lived in many different worlds of experience, not just in one. Using classical Athens as a case study, this talk shows how this exciting new paradigm transforms how we think about an ancient Greek polis and all its constituent elements by understanding them on their own terms. In this talk, Prof. Greg Anderson advocates for a fresh and critical approach, where classics and other disciplines are aligned with radical social movements which question the wisdom of modern life.

Kennedy discusses the literary and archaeological evidence on immigrant, enslaved, and refugee women’s movements in the ancient Greek Mediterranean and the prejudices and stereotypes they experienced. In this talk, she reflects on how these phenomena have endured in our own communities and public discourses surrounding non-white immigrants, refugees, and Indigenous women.

Most historians of ancient Rome have interpreted the tomb of Marcus Vergilius Eurysaces in reference to his status as a freedman – a freed slave – or his profession as a baker. In this talk, Dr. Max Goldman introduces the research of a team made up of a philologist, archaeologists, and art historians, who are re-evaluating the meaning of this unusual monument. He illustrates the problems with the traditional views and places the monument within the memorial practices of its time.

Behind the Classics
Classics is the ‘original’ interdisciplinary department. While it is specific in its study of one time period (antiquity) and one place (the Mediterranean), it is general in its myriad of approaches to that place and time.

The close study of ancient Greek and Latin remain central to the discipline, but classics today is an energetic and changing field that engages, especially with the modern use and misuse of antiquity. Socially conscious and social justice research and teaching are new and exciting developments, and classicists are more and more attuned to the discipline’s complex relationship with an array of imperial, patriarchal, and elitist regimes.