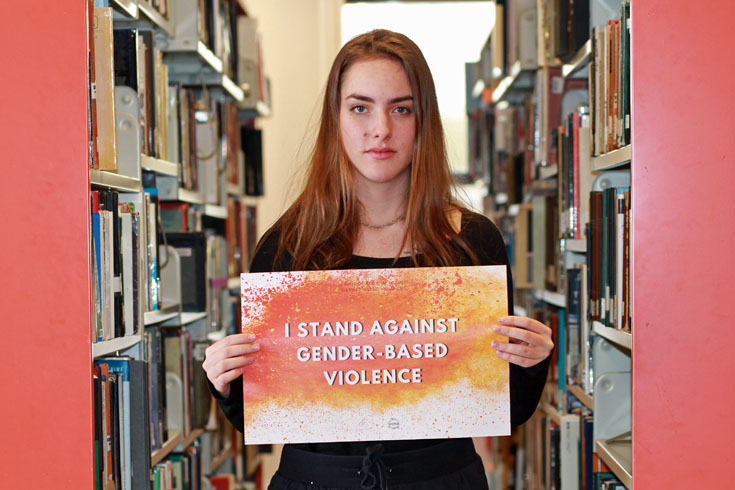 University of Winnipeg student Keziah Toews is combining her photography skills with her passion for conflict resolution to bring members of the Winnipeg community together as part of the international 16 Days of Activism Against Gender-Based Violence campaign that runs November 25 to December 10.

I’ve been able to learn to recognize that conflicts are almost always more complex than we think.

Toews is working with The Shameless Circle, a volunteer-led healing circle for women, as part of a practicum for her Bachelor of Arts in Conflict Resolution Studies.

In this role, she has spent the past few weeks capturing photos and stories of community resilience as part of a social media campaign highlighting leaders and organizations in Manitoba doing their part to stand against violence against women. The photos and stories can be viewed on The Shameless Circle Instagram, Facebook and Twitter accounts.

“While my education assists me in analyzing conflict, working with The Shameless Circle has afforded me the opportunity to work in conflict on the ground, and in that I’ve been able to learn to recognize that conflicts are almost always more complex than we think, and are most likely fueled by deeper issues than what we learn about through theory” said Toews.

Toews is currently working as Shameless Circle’s programs and promotions lead. In this role, she has been able to use her conflict resolution skills to lead guided discussions and personal development programming for the organization.

“When we work with a participant, it is really helpful to take into account different needs and conflict styles,” said Toews. “My studies have helped me to look for possible structural, cultural, or personal reasons underneath the conflicts we look at and address.”

Toews has a passion for coaching others and helping people work out large and small problems. Being able to practice these skills first-hand with The Shameless Circle, and seeing the impact she can make on people’s lives, has been meaningful to her. She is learning vital tools to approach conflict in different areas of her life, and in the lives of others.

“Experiences like this have a huge impact on our students and on the organizations they serve,” said Conflict Resolution Studies Practicum Director, Ruth Taronno.  “It is an invaluable opportunity to combine theory and practice in a real-world work environment, making a difference in the community while developing new skills and increasing confidence in the workplace.”

UWinnipeg has a long history of creating instructional environments that encourage students to actively engage in the community. Toews is thankful for the opportunity to gain this experience during her studies.

“Finding out what works for people outside of theory is incredibly important and reminds me that when we deal with conflict, we’re not dealing with an abstract phenomenon, we’re dealing with human beings,” she said. 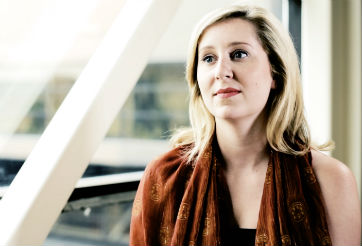 UWinnipeg Alumna on the benefits of religion and culture courses