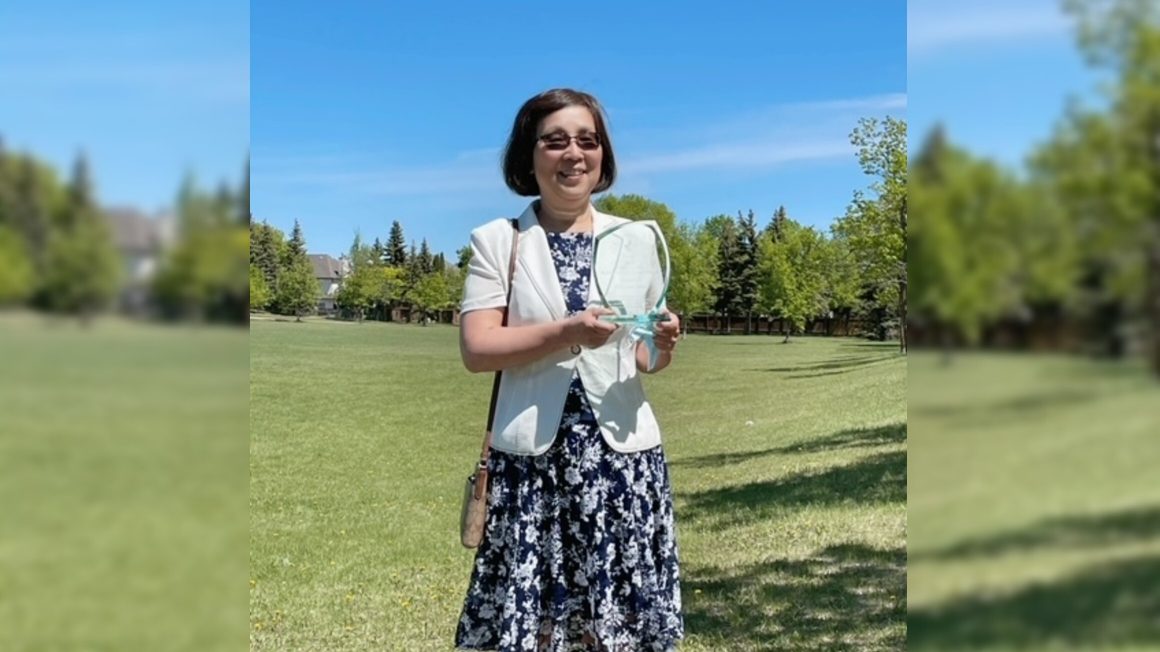 UWinnipeg Professor Xiao-yuan Dong is the recipient of the Sylvia Ostry Award by the Canadian Women Economists Committee.

University of Winnipeg Professor Dr. Xiao-yuan Dong has been recognized by the Canadian Women Economics Committee (CWEC) with a national award.

It’s well-known that Xiao-yuan is a highly-accomplished researcher. Her research is rigorous and topical, and has been featured in the highest quality journals in economics.

“When the President and Vice President of the CWEC — Professors Elizabeth Dhuey and Janice Compton — informed me that I was chosen for the award, I could not believe it,” Dong recalled. “I never imagined I would be receiving such honourable recognition for my achievements in the twilight of my career.”

A faculty member at UWinnipeg for nearly three decades, Dong arrived in the Department of Economics in 1993 and became a full professor in 2003. She was awarded the Erica and Arnold Rogers Award for Excellence and Scholarship in 2006.

Over the course of the last 20 years, she has made it her mission to mentor young Chinese female economists. Herself and colleague Zhao Yaohui of Peking University co-founded the Chinese Women Economists Research Training Program at the China Centre for Economic Research in 2002.

“The training program has contributed to improving research capacity for Chinese female economists and raising their visibility in economic research,” Dong said. “It is very satisfying that many program participants have become mentors and role models for a new generation of female economists in China.”

“It’s well-known that Xiao-yuan is a highly-accomplished researcher,” O’Gorman said. “As of March 2021, she had published 93 journal articles, book chapters, and policy reports. Her research is rigorous and topical, and has been featured in the highest quality journals in economics.”

“Overall, Xiao-yuan is very deserving of the Sylvia Ostry award. It is also fitting that Xiao-yuan receives the award in Winnipeg, the birthplace of Sylvia Ostry.”

Dong’s widely-cited research on the gender dimensions of China’s transition and economic growth is world-renowned. She has published 35 articles on the topics of gender wage discrimination, the ‘motherhood-wage penalty’, time poverty among low-paid female workers, domestic violence, and much more.

“I hope that my research on gender can contribute to promoting evidence-based gender equality advocacy and gender responsive policy making in China.”

Dong says she’s forever grateful to her colleagues in the department, as they’ve always stood by her side and provided support whenever she’s needed it.

“I really appreciate the generous support from the Deans and enjoy the friendly atmosphere of our department very much,” she said. “My colleagues are very supportive, having nominated me for awards I thought would be beyond my reach.”