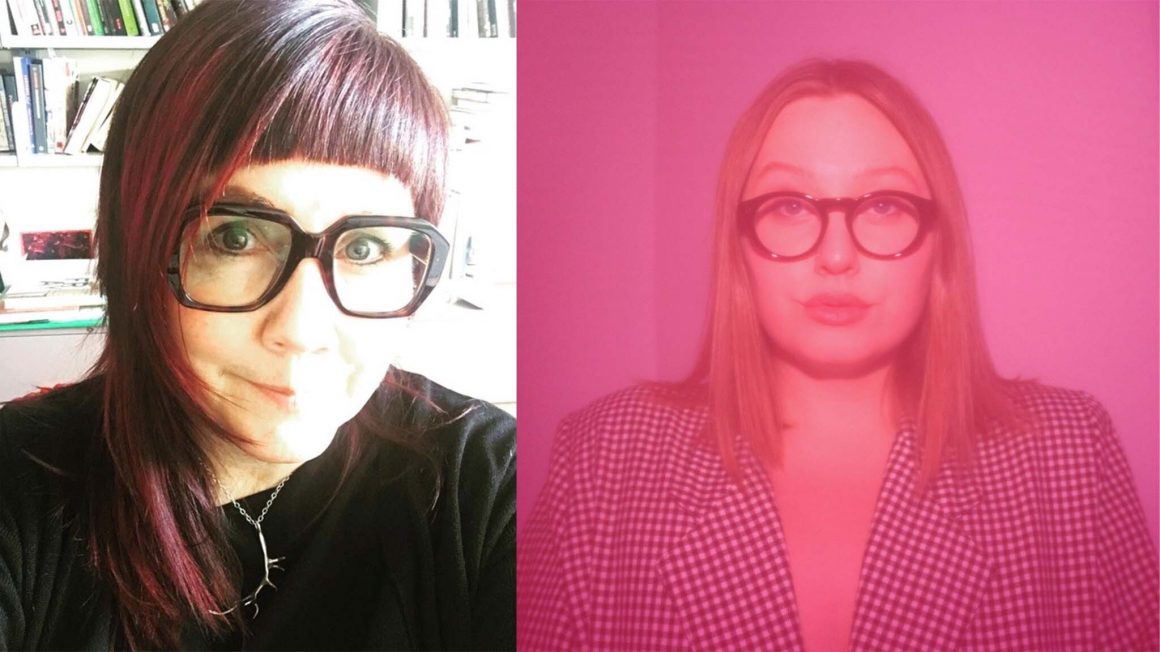 This project continued during the COVID-19 mass grief and isolation. Cant notes that the collective was unable to gather in the same ways as at the beginning.

“In many ways, the course of honeybee swarms, where bees move, in-flux, to an unknown new landing place, parallels the life of the SWARM project and exhibit,” said Cant. “We have broken apart and have come back together again. And through this all, I feel an immense trust with each collective member. Trust to witness and pollinate the artworks which speak ongoingness in a time of many troubles.”

In addition to the collective, SWARM is a labour of love and generosity thanks to several other campus collaborators. Kent Davies and Kim Moore at the Oral History Centre collected sound used for the digital soundscapes; Dr. Serena Keshavjee created a writing assignment associated with this project in her curatorial studies class; and Gibson creates space for contemporary art at UWinnipeg that supports projects like this. Dean of Arts Dr. Glenn Moulaison and Dean of the Library Gabrielle Prefontaine hold space for oddkin –  the greenhouse artlab – in the library to allow space for the SWARM arc.hive to continue to thrive.

“So much changed with the pandemic,” shared Crowe. “Our collective model shifted to a co-curatorial model with Dallas and I stepping into the role of co-pollinatrixes. The possibility of exhibiting in the physical gallery was in flux so we decided to shift the exhibition to an entirely digital form. In this way our research-creation project reached outside of traditional academic distribution networks tentacularly, into the public realm.”

The exhibit with Gallery 1c03 is the activation of a network, a method of distribution for the the SWARM arc.hive. This research-creation project, partially funded by a SSHRC Insight Development Grant, is based out of the greenhouse artlab at UWinnipeg.

Dallas Cant is a white queer settler and multidisciplinary artist who has recently completed a BA in Women’s and Gender Studies at the University of Winnipeg. They are interested in fusing mediums of poetry, textile sculpture, videography, and smutty digital portraiture to create work which grapples with the representation of sex work and ongoing calls for decriminalization. Currently, Cant is co-curating SWARM with Crowe, focusing on queer and feminist methods of bringing together. Cant’s video work has screened in spaces like PLATFORM centre for Photographic & Digital Arts, Images Festival and Gimli Film Festival.

Roewan Crowe is energized by acts of disruption and radical transformation. Born under the big skies of Saskatchewan and raised in scofflaw Alberta, Crowe left the prairies to deepen her engagement with art and feminism. After completing doctoral studies at the University of Toronto, a return to the prairies inspired art and writing centred on queer feminist reclamation practices asking questions about site-specificity, whiteness and queer settler identities. This work includes: digShift, a decolonizing and environmental reclamation project using performance and multichannel installation to explore the shifting layers of an abandoned gas station; Lifting Stone, a queer femme performance/installation creating intimate poetic encounters; and the queer Western Quivering Land , a gritty feminist meditation on the possibilities of art to reckon with the ongoing legacies of violence and colonization. As part of the artist collective, CONSTELACIONES, she traveled to the Atacama Desert in Chile to perform and create a monument, an unauthorized sound sculpture with ceramic forms created by Monica Martinez. Crowe and Dr. Helene Vosters co-edited the open access digital book, Return Atacama: Engaging Histories of Political Violence Through Performance and Durational Witnessing which assembles the many movements, reflections, and practices from this project. Her paid gig: Associate Professor in the Women’s and Gender Studies Department at the University of Winnipeg.

Lorena Sekwan Fontaine is Cree-Anishinabe and a member of the Sagkeeng First Nation in Manitoba, Canada. She is the Indigenous Academic Lead and an Associate Professor in the Department of Indigenous Studies at The University of Winnipeg. Her research includes Indigenous language rights, linguicide and the legacy of the residential schools. Her most recent research includes Nindibaajimomin: A Digital Storytelling Project for Children of Residential School Survivors, and most recently, the Mite Achimowin (Heart Talk) Research Project, which uses oral history and arts-based research approaches to explore culturally-rooted knowledge concerning oppressive mechanisms influencing the caring for one’s heart among First Nations women. She has also worked with the Assembly of First Nations as an advisor on Aboriginal languages for a number of years.

Franchesca Hebert-Spence’s first engagements with art were as a maker, creating an emphasis on process and material within her curatorial praxis. She is Anishinaabe and her grandmother Marion Ida Spence was from Sagkeeng First Nation, on Lake Winnipeg, Manitoba. Kinship and its responsibilities direct the engagement she maintains within her community as well as her understanding of how institutions move and breathe. The foundation of this practice stems from Ishkabatens Waasa Gaa Inaabateg, Brandon University Visual and Aboriginal Arts program. She has begun as a PhD student in Cultural Mediations (Visual Culture) at Carleton University, as a Fellow on the Morrisseau Project under Dr. Carmen Robertson. She is an Independent Curator and was previously an Adjunct Curator, Indigenous art, at the Art Gallery of Alberta, and a Curatorial Assistant within the Indigenous Art Department at the National Gallery of Canada.

Kaliesa Beasse McGillvray is a Scottish/Métis multidisciplinary artist and student pursuing a BA in Religion & Culture at the University of Winnipeg. Her art practice is informed by her ancestry and the act of remembering through embodied labour. She is interested in beadwork, painting, and video, where small fragments hold webs of memories and histories. Currently, McGillvray is a research assistant for the greenhouse artlab and collective SWARM, learning through research-creation methods invested in nurturing earth’s complex kinship systems. She is focused on an on-going project where she creates varying species of bees with beads as gifts for members of her metaphorical hive.

Hailey Primrose is a Queer/Métis artist, musician and feminist thinker whose ancestral homelands are shared between the Red River Settlement and One Arrow First Nation. She has spent her life exploring various art forms including illustration, collage, multimedia and primarily resonates with singing (nikamowin). Currently she is working on a contribution to SWARM with Fontaine. Together they will be exploring connections between bee ecology, kinship, and Indigenous language resurgence. She is also pursuing a BA in Women’s and Gender Studies with a minor in Indigenous Studies at the University of Winnipeg.

Willow Rector is a land-based, multimedia artist whose practice fuels interplay between archival research and acts of artistic creation by blending scholarly training in 18th century women’s writing and romanticism with the artistic disciplines of hand embroidery, photography, and drawing. Deepening her understanding of the various ecologies in which she lives is a foundational influence of Rector’s visual art practice. Specifically, her research, reflection, and creative output has explored the parallels between the treatment of plants and women artists in colonialist, patriarchal societies (Handing on History 2006-12); the complex dynamics of human/ non-human relationships (TRAPPED 2012-present); and, most recently, the ways in which economics of acquisition have contributed to the demise of indigenous flora as well as the elaborate herbaria that were created to preserve them (Mysterious Specimen 2018; Private Musings: The Journal of Eleanor Cripps Kennedy 2019; Wild: The Paintings of Linda Fairfield Stechesen 2019; Lost Gardens 2019-present). Rector’s work has been highlighted in solo exhibitions in Manitoba and the Yukon, and she has participated in group exhibitions across Canada. She has received grants from the Manitoba Arts Council and the Winnipeg Arts Council.

Maram Rocha is a queer academic alchemist, and research assistant to Dr. Pauline Greenhill, as well as the greenhouse artlab/ SWARM collective (under supervision of Crowe. He came from Brazil with his spouse, mostly due to the extreme anti-diversity political climate in their home country. With a former BSc degree in Biological Sciences, his interests shifted into Psychology and Gender Studies, as he participated in activist collectives at the University of Sao Paulo. Now a student and research assistant at UWinnipeg, he is interested in investigating narratives through Textual Analysis, especially concerning popular culture.

ACKNOWLEDGMENTS
Gallery 1C03 is on Treaty 1 Territory and located on the territories of the Anishinaabeg, Cree, Oji-Cree, Dakota and Dene peoples, and the homeland of the Métis Nation. Its water is sourced from Shoal Lake 40 First Nation. 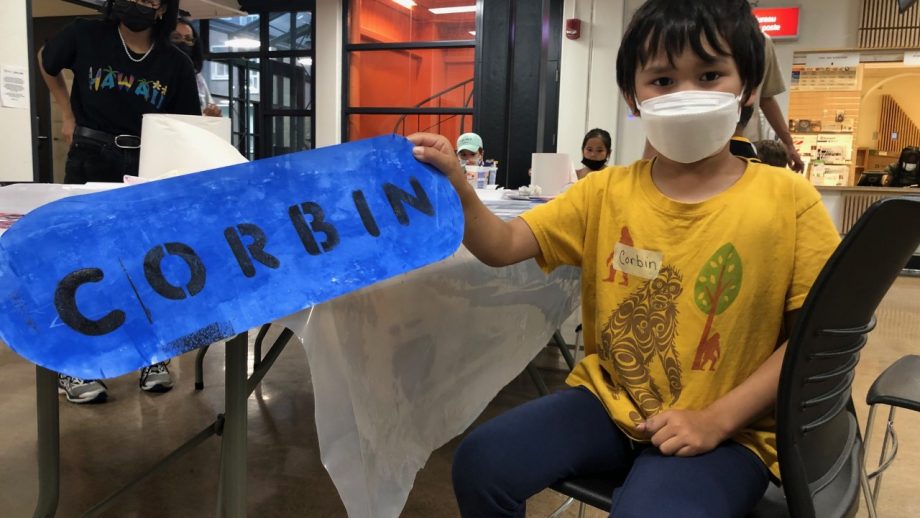 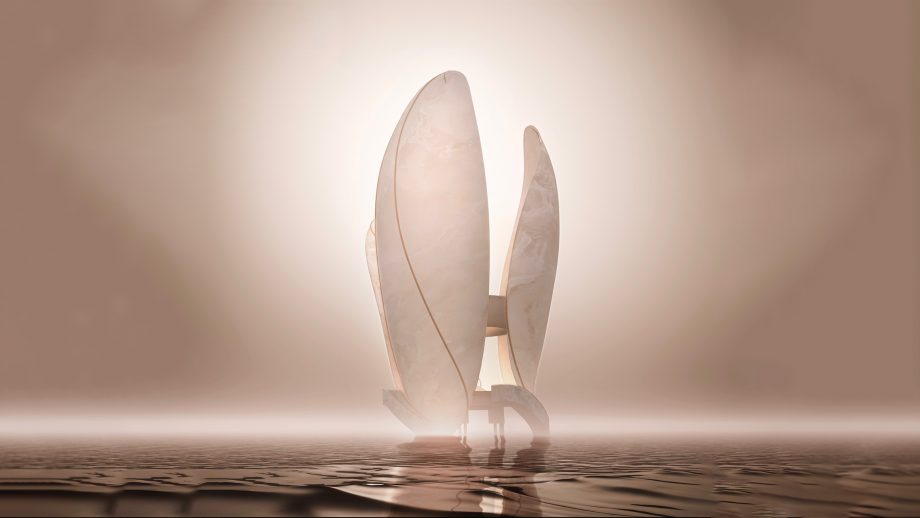 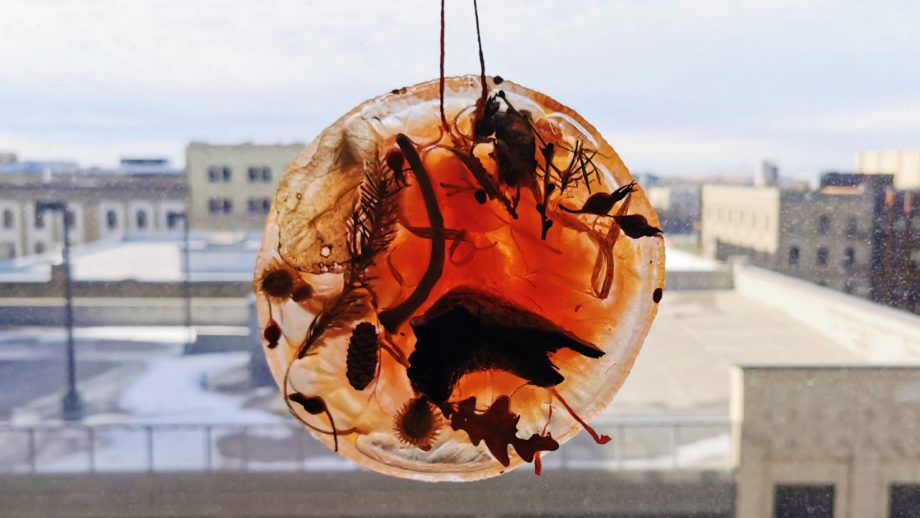 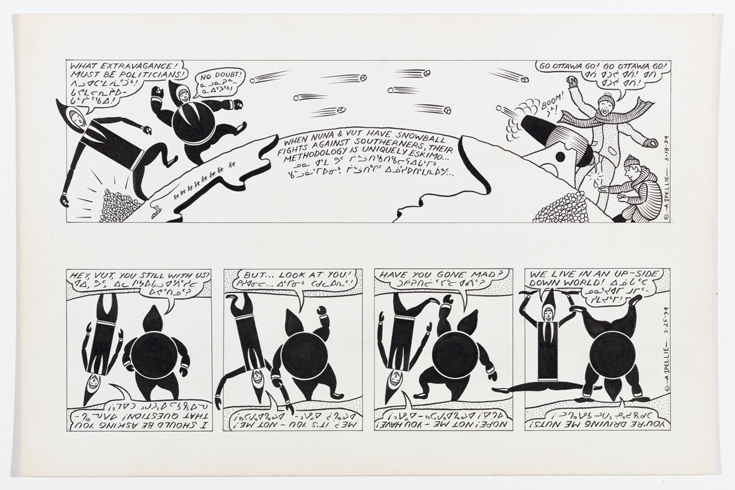