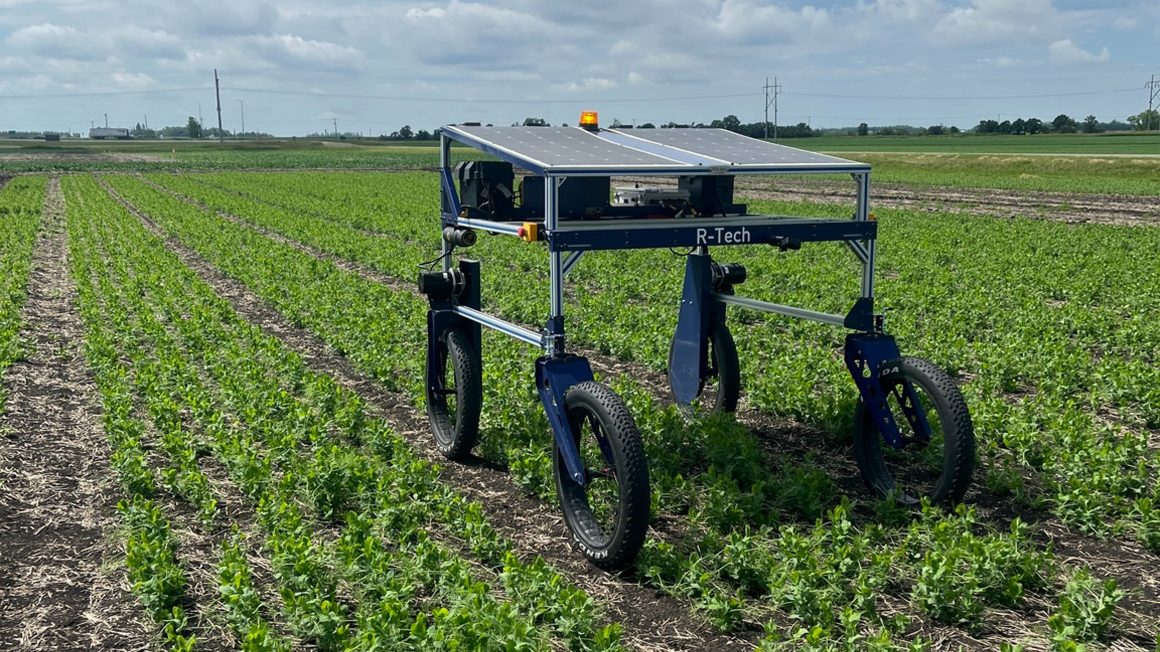 The rover created by R-Tech Industries for the TerraByte project.

What we’re going to be doing is taking the data from this summer, developing models, collecting more data next summer, and maybe also testing our models in the field to see how they perform.

TerraByte, along with partners R-Tech Industries and Enterprise Machine Intelligence and Learning Initiative (EMILI), were one of 10 new Innovation Proof-of-Concept Grant recipients announced by Research Manitoba in November.

The innovative digital agriculture project will be receiving $150,000 from Research Manitoba over two years, along with an additional $360,000 of co-funding from MITACS.

“Digital agriculture is coming, and with it the large-scale use of robotics and computers to quickly generate, digest, and act upon massive amounts of data. The rover we are developing is a critical first step toward this goal, allowing us to collect both the quantity and quality of crop image data needed to drive innovation,” said Dr. Bidinosti. “Our project is an exciting new frontier in the long and venerable tradition of agriculture implementation development in Manitoba.”

Drs. Bidinosti and Henry say the funding will help build a new, improved prototype of the rover in each of the two years of the grant and hire a research assistant to plan the field studies and collect data. They’re also looking to have three master’s students participate in their research as well.

“This is a great investment in an important project for digital agriculture in Manitoba and across the prairies. This work contributes to our collective digital agriculture expertise and ability to autonomously collect real-time in-field data,” said Jacqueline Keena, Managing Director, EMILI.  “The project’s unique focus on prairie crops provides great value to the industry right here in Manitoba and I am looking forward to testing and validating this technology at Innovation Farms.”

The rover, commissioned by TerraByte in 2021 and built by R-Tech Industries, was finally put work.

Drs. Bidinosti and Henry say it was tested at a number of sites this summer, including EMILI’s Innovation Farms and the Morden Research and Development Centre. 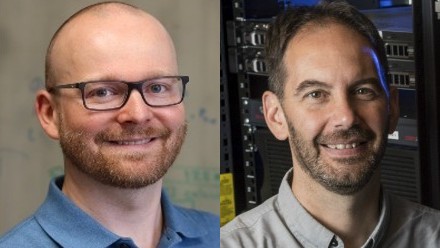 “What we’re going to be doing is taking the data from this summer, developing models, collecting more data next summer, and maybe also testing our models in the field to see how they perform,” they said.

Unlike drones or satellites, the rover can produce high-level images of single plants. This real-time, automated method of in-field data collection will help to increase productivity and sustainability in production agriculture, expedite plant breeding and research, and further the uptake of organic farming.

It’s also crucial for the development of crop scouting technology that will identify weeds amongst crops, characterize plant health and yield, or detect disease.

“The rover platform is intended to leverage scarce labor resources while improving both the quality and quantity of digital data collection that is critical to the decision-making process in modern crop production systems,” said Rob McClement, Owner, R-Tech Industries Ltd.

See the rover in action

Funding for the first rover prototype came from the $2.4-million Western Economic Diversification Canada grant that helped establish the digital agriculture research program at UWinnipeg. To operate and test the rover this past year, TerraByte also received funding from Manitoba Pulse and Soybean Growers, MITACS, and through a Canadian Agricultural Partnership Action Manitoba Grant.

The lessons learned in the field in 2022 are already being put to use by R-Tech’s engineering team, who are presently designing the next prototype that will be ready for the 2023 growing season.

Contributing to these efforts are Dr. Michael Beck, Department of Applied Computer Science, and Alex Krosney, a former UWinnipeg student from the Department of Physics. Both are eager to see their hard work in action come next spring. 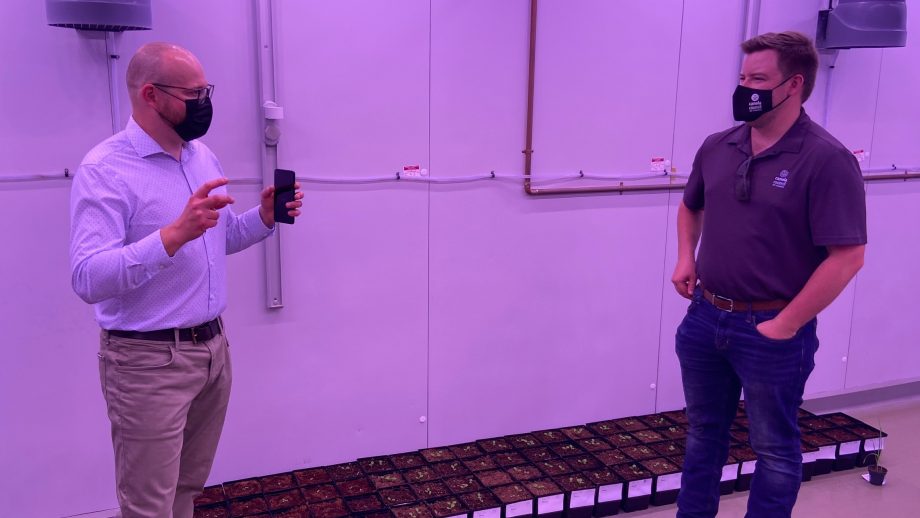