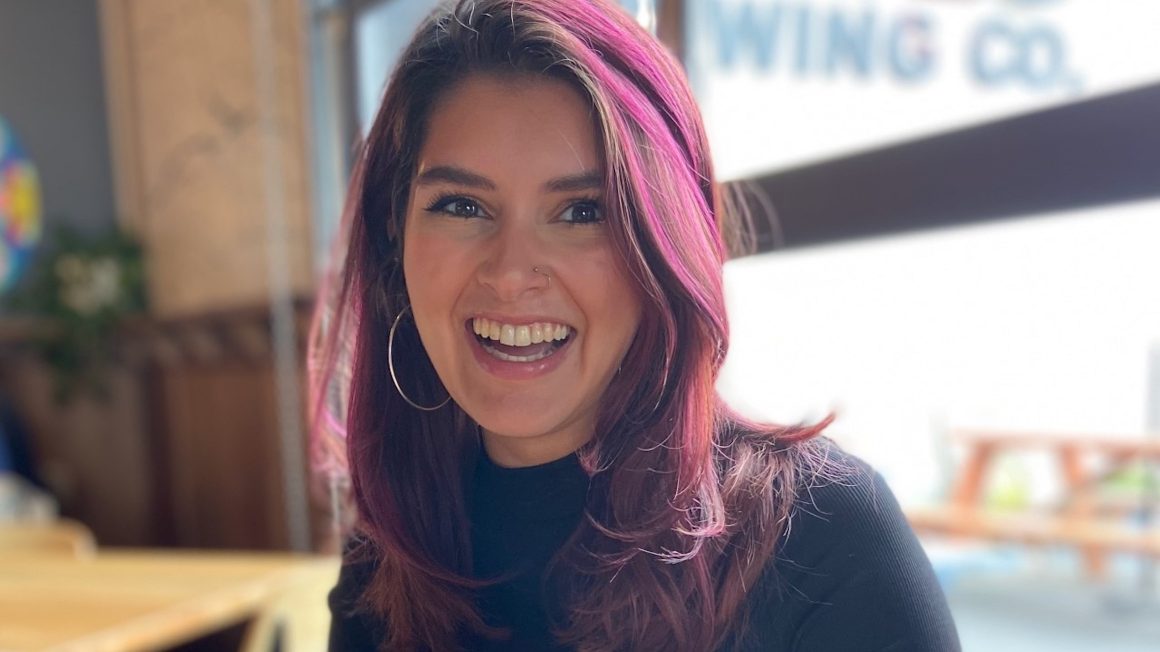 Stellar research was on display during The University of Winnipeg’s ninth annual Three-Minute Thesis (3MT) competition on March 3.

I’m really excited to see everyone’s research at regionals and I’m also excited to network with other students.

The virtual event featured 13 Faculty of Graduate Studies students tasked with explaining their complex thesis ideas with one static slide within just three minutes. The winning student took home the $1,000 top prize, while a $500 People’s Choice Award was given to the student whose presentation was voted as the audience’s favourite.

“The strict time limit for the 3MT talks encourages contestants to reflect carefully about what matters most in their research. In the era of social media, short-form knowledge transfer has become an invaluable skill,” said Dr. Mavis Reimer, Dean of the Faculty of Graduate Studies. “The ability to boil down the technical and highly specialized details of one’s work in such a short time frame is critical for effective communication in both industry and academia today.”

The top prize was awarded to Natassia D’Sena – Master of Arts in Criminal Justice – for her presentation Virtual Drive Thrus: Is OnlyFans the McDonalds of the Sex Industry?

D’Sena’s research explores how the evolution of technology and media has made it easier for sex workers to conduct their work online, and how the labour process online differs from street-based sex work.

“This research aims to apply Ritzer’s concept of McDonaldization to the process of sex work on OnlyFans to determine how predictability, efficiency, control, and calculability have made it easier and safer for sex workers to conduct their work online while simultaneously increasing their profits,” she explained.

Coming into the 3MT competition, D’Sena wasn’t focused on winning. Instead, she wanted to refine her presentation skills by being able to summarize and effectively communicate her research to a large audience.

“I was really nervous going into the competition,” she said. “I watched three presentations about bats that were interesting and definitely thought one might win.”

After finishing her presentation, D’Sena received the news that she had won on Zoom and will now be competing at the 2022 Western Regional 3MT competition, which is being hosted at UWinnipeg on May 6.

“I’m really excited to see everyone’s research at regionals,” she said. “I’m also excited to network with other students.”

The People’s Choice Award was awarded to Bradley Howell – Master of Science in Bioscience, Technology, and Public Policy – for his presentation Fishing for GIANTS: Response Cues for Survival.

“Presenting was great in that the program was well-organized and taken care of, so I simply showed up and then spoke,” Howell said. “I am very grateful to be awarded the People’s Choice Award – it indicates to me that my presentation was accessible and engaging, which is the true purpose of this competition.”

If D’Sena wins the regional event in May, she will move on to the 2022 National 3MT Showcase as part of November’s 60th annual Canadian Association for Graduate Studies Conference in Montreal. 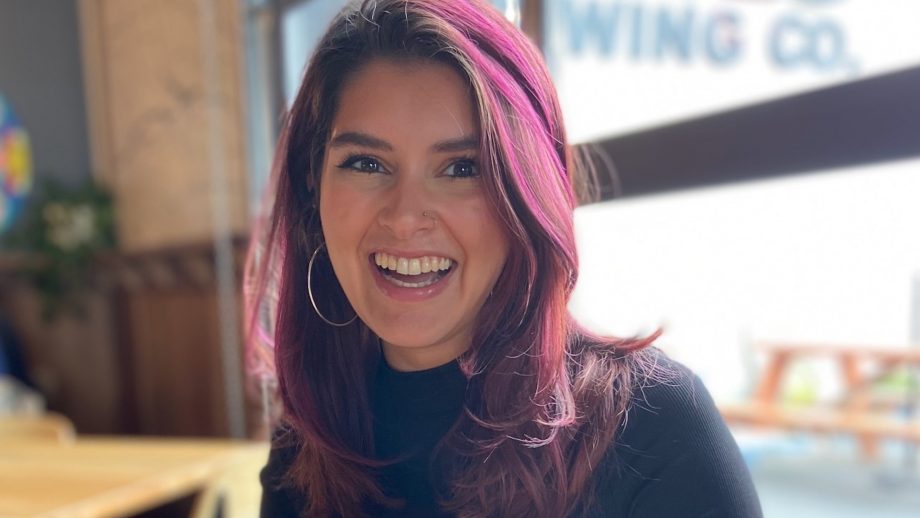 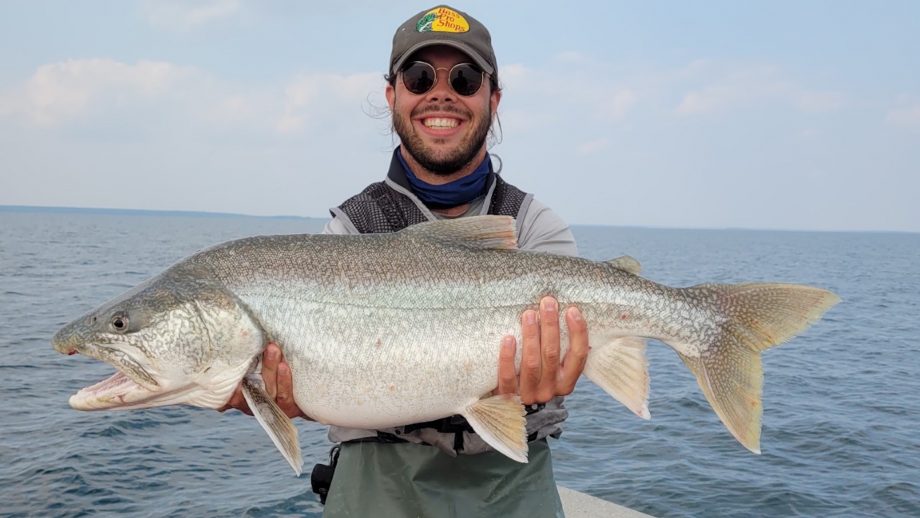 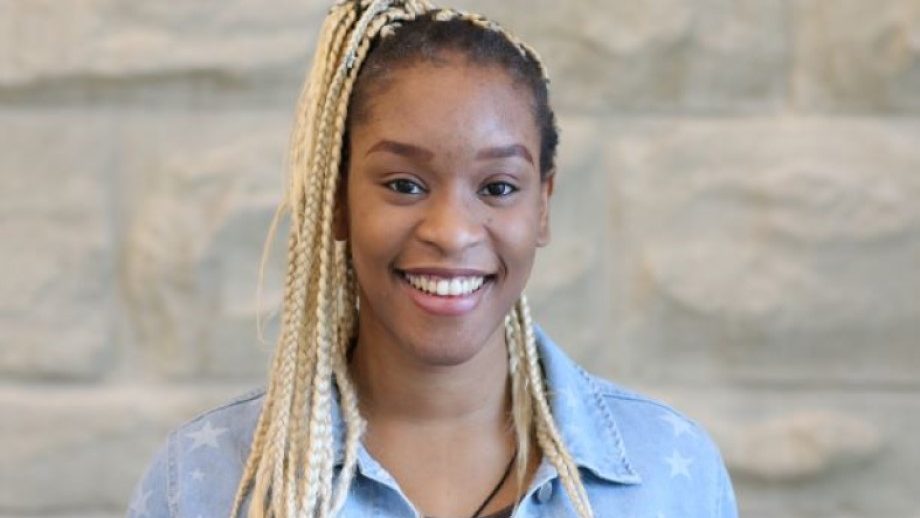 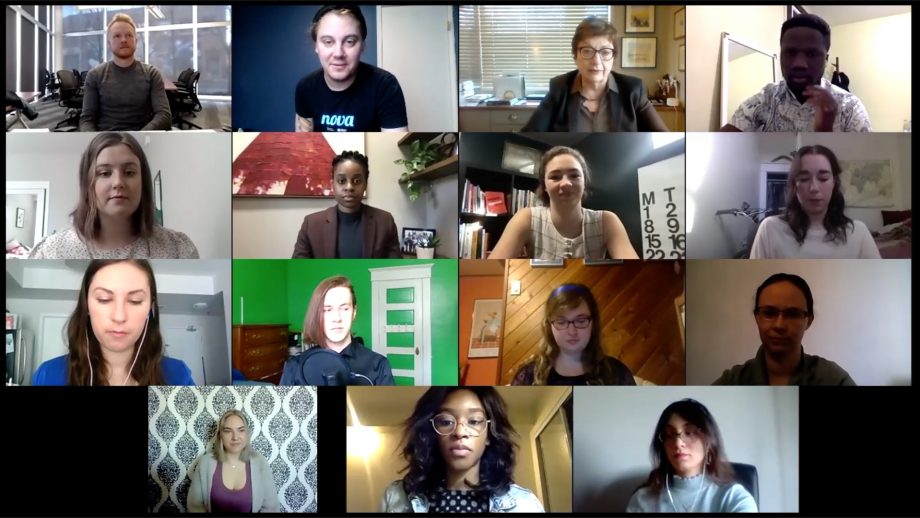