Unearthing the truth about genocide in Guatemala 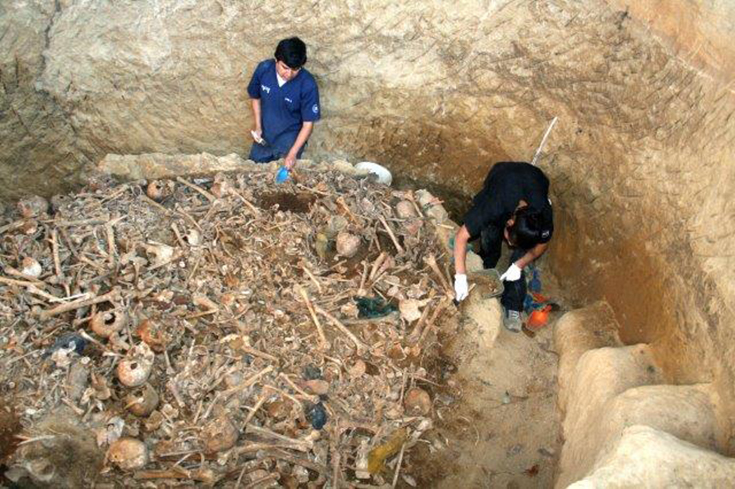 Volunteers in Guatemala work to extract the remains of the “disappeared”, who were dumped in mass graves. CMHR photo.

The Canadian Museum for Human Rights (CMHR) and the University of Winnipeg’s Global College will hold a panel discussion with Julio Solórzano Foppa – son of Guatemala’s first democratically elected president and leading human-rights defender – and Pascal Paradis, founder of Lawyers Without Borders Canada – just back from the groundbreaking genocide trial of former Guatemalan dictator José Efrain Rios Montt. The CMHR will discuss connections forged with Guatemalan human rights workers as they work to build their own museum and memorial as a place of truth and reconciliation.

WHERE:     University of Winnipeg – Convocation Hall

For more information or to arrange interviews, please contact (media only):

Julio Solórzano Foppa is chair of the Concord Memorial project. He is the son of reformist former Guatemalan president Juan José Arévalo (elected 1944) and famous poet Alaide Foppa, who was kidnapped and disappeared in 1980 while searching for her other two sons. Their remains have never been found. Foppa is a businessman and promoter of artistic projects, which he believes can create awareness and reconciliation to help Guatemala face the truth about its past and move forward.

Vivian Salazar Monzón is director of the International Institute of Learning for Social Reconciliation, which develops educational programs for children and adults, to promote inter-ethnic relations and democracy. She coordinates a permanent museum exhibit designed to encourage dialogue about the ways that Guatemala’s troubled past – still shrouded in silence and denial – is affecting its society today.

Pascal Paradis is a founding member of Lawyers Without Borders Canada. Based in Montreal, he has participated in legal projects in Colombia, Haiti, Nigeria, Peru, Chile and Venezuela. He has just returned from Guatemala, assisting with of the ongoing Rios Montt case, the first-ever genocide trial of a Latin American leader.

The Concord Memorial project consists of a network of Guatemalan human rights organizations who promote human rights and reconciliation, with a goal of building a memorial and museum about the thousands of disappeared people and Indigenous victims of mass atrocity. About 200,000 were victims of state-ordered massacres (80 per cent from the Mayan Ixil population) during a 36-year civil war that ended with fragile Peace Accords in 1996. Perpetrators carried out crimes against humanity with impunity that is only now beginning to erode.

The CMHR is partnering with these Guatemalan human rights defenders as part of its mandate to promote awareness and dialogue about human rights. CMHR representatives travelled to Guatemala in February to learn more about their work, including reclaiming bodies from mass disposal site and identifying them through DNA. In addition, a new CMHR staff member from Mexico previously spent time doing volunteer legal work on the Rios Montt trial.