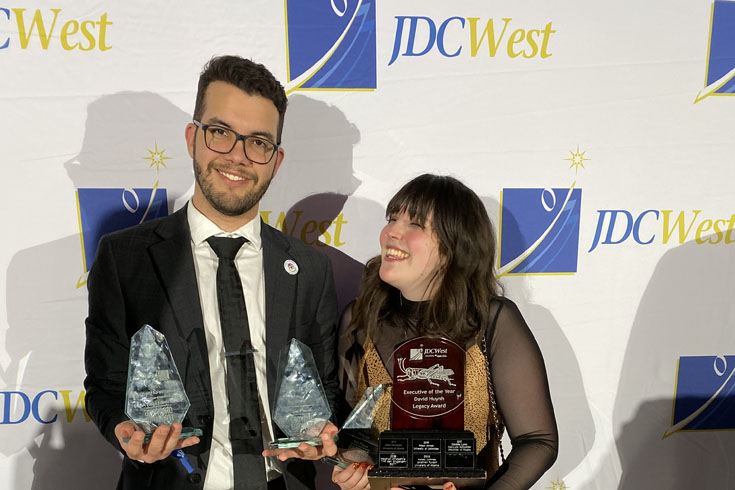 “Our school coming home with four awards this year has been a huge moment for the team,” said Sophia Hershfield, co-caption of UWinnipeg’s JDC West team.

The three-day competition showcases the very best in academics, athletics, and debate from business students across Western Canada. It is a prestigious event where winning cases get the attention of business leaders, and open doors to future job possibilities.

“We have local sponsors, and our team networks with them one on one,” said Hershfield. “Many students have gone to work with sponsors after graduation.”

This year’s event, held at the University of Regina, brought together approximately 600 undergraduate delegates from 12 universities in BC, Alberta, Saskatchewan, and Manitoba. A theme of Growing Forward challenged students to be innovative and cultivate a growth mindset.

UWinnipeg’s debate team took part in a playoff-style championship that required intense competition to stay in the race. In the final round, they debated the issue of Wexit, which won them top spot.

“They had an incredible showing in the quarter-finals and semi-finals, with great support from their teammates, who were watching and cheering on every round,” said Hershfield.

UWinnipeg’s Operations Management team received third place for what Hershfield says was a well thought out and well articulated presentation on wholesale health foods. She is very proud of UWinnipeg’s success this year, and thrilled to be recognized as Executive of the Year.

“Winning Executive of the Year is such a meaningful award for myself and for Jordy,” she said. “This year was full of hard work, but it was made so worthwhile because of our amazing delegates who all performed so well.” 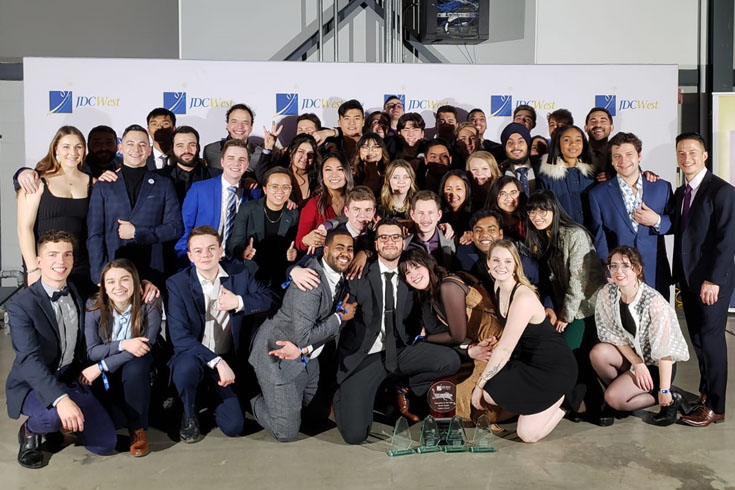 A team of 46 UWinnipeg business students travelled to Regina to compete at the 2020 JDC West competition (photo supplied).

Learn more about UWinnipeg’s JDC West team, made up of top students in UWinnipeg’s Faculty of Business and Economics.