UWinnipeg students compete for ‘School of the Year’ 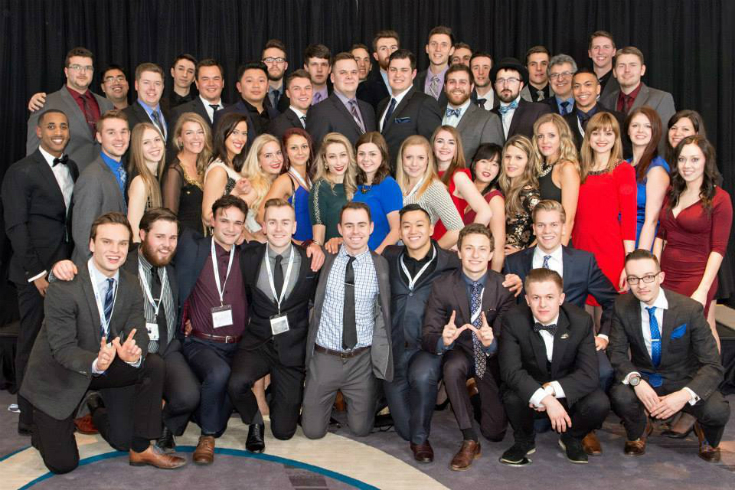 Team Co-Captain Chris Hoquis is confident in his team’s hard work and preparation. “With The University of Winnipeg entering its fourth year in the JDC West competition, we really are striving to leave our mark for many years to come,” said Hoquis. “JDC West is such a rewarding experience.  It’s also a great networking opportunity and provides students with a chance to take the skills we’ve learned in the classroom and apply them to real world scenarios.”

Students participate in one of 10 Academic Competitions, a Parliamentary Debate, an Athletic Competition or the Social Competition. Teams are judged and critiqued by established business leaders and professionals from each area of expertise. Points are awarded and accumulated on a team basis with the winner being declared ‘School of the Year’.

Nicole Pellaers, VP Corporate Relations for UWinnipeg’s JDC West team, said that being involved in the competition definitely opens job opportunities for its participants, “My manager told me when I was given my position [Marketing and Communications Assistant with Industry Canada] that it was largely due to my involvement in JDC West and the fact that I went above and beyond to dedicate my own personal time to be a part of the program.”

The competition costs each student $400 over and above their regular tuition costs for the term. To learn more or support our business students as they represent UWinnipeg, please click here.

The Jeux du Commerce, French for “commerce games,” began in 1989 in Quebec as a student business competition in Eastern Canada and later expanded to separate competitions in Central and Western Canada. The first JDC West competition was hosted by the University of British Columbia in 2006 and attracted over 400 students.