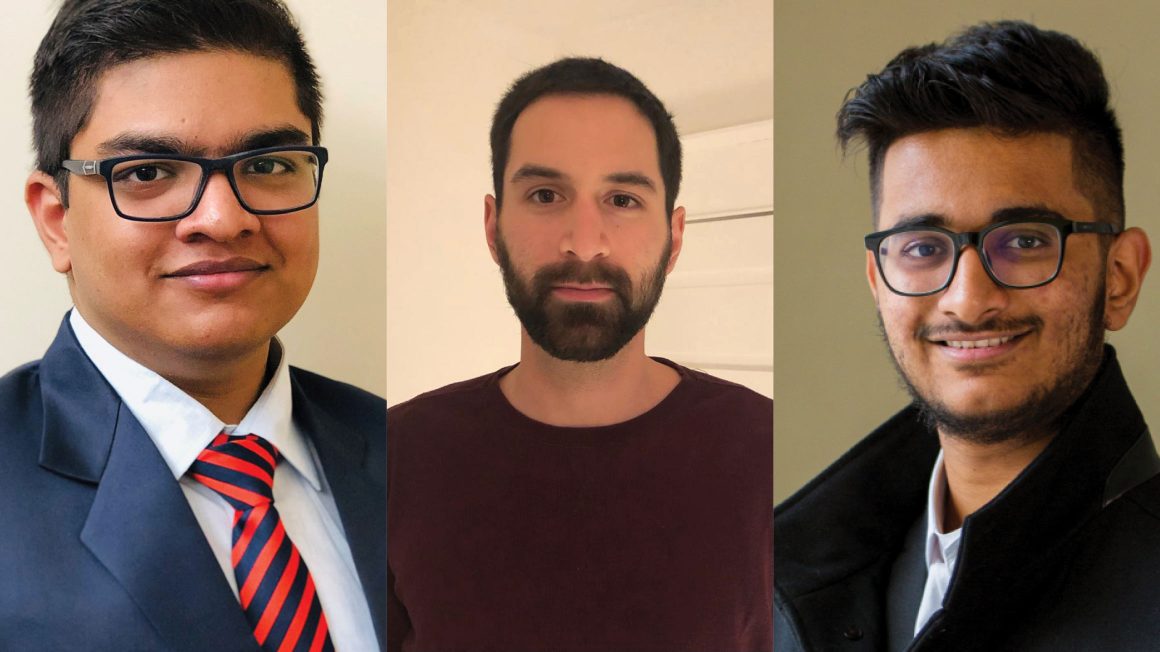 A trio of University of Winnipeg students took upon difficult programming challenges at the IEEEXtreme 14.0 (a 24-hour programming competition) along with competitive programmers around the world.

Harsh Patel, Aalekh Patel, and Marko Milosevic entered the competition as the team localMaxima, placing sixth place in Canada and in the top eight percent worldwide.

“This is quite an accomplishment,” said Applied Computer Science Associate Professor Christopher Henry, who has proctored the event in previous years. “It is a very challenging and demanding competition that requires a high level of skill and time management to succeed.”

Harsh, Aalekh, and Milosevic were one of more than 2,100 teams competing in the October 2020 IEEEXtreme 14.0 programming contest.

It’s great to see students apply the critical thinking skills they’ve acquired in their math classes to succeed in this competition.

Each team received a set of programming problems to solve over a period of 24 hours. All teams receive the same problems and are expected to solve them without outside assistance. The more they solve, the more points they score.

Teams submit their solutions online tool, and points are awarded based on how the problem was solved, the time taken, and the level of difficulty.

“I’m so proud of our students,” said Dr. Anna Stokke, Chair of the Department of Mathematics and Statistics. “An increasing number of students are choosing The University of Winnipeg to complete joint degrees in mathematics and computer science, and it’s great to see students apply the critical thinking skills they’ve acquired in their math classes to succeed in this competition.”

The annual virtual competition is organized by the Institute of Electrical and Electronics Engineers (IEEE), the world’s largest technical professional organization dedicated to advancing technology for the benefit of humanity. In addition to the problem set that has to be solved, this competition adds mental and physical fatigue as a factor since it must be completed within 24 hours.

This is the first ever team from UWinnipeg to clear top 10 in Canada in an IEEEXtreme programming competition.

“We are only as good as our training. In the light of these results, my teammates and I hope the departments will encourage and support students to participate in such contests and more importantly, help them train hard!” said Harsh.

“Such contests can be daunting and we’ve failed twice before but that just doesn’t stop us from keeping at it,” said Aalekh.

“Events like these are great because they are open to students of any skill level, so no student should let their current abilities limit them from participating,” said Milosevic.

Department of Mathematics and Statistics