UWinnipeg team to use VR in testing episodic and spatial memory 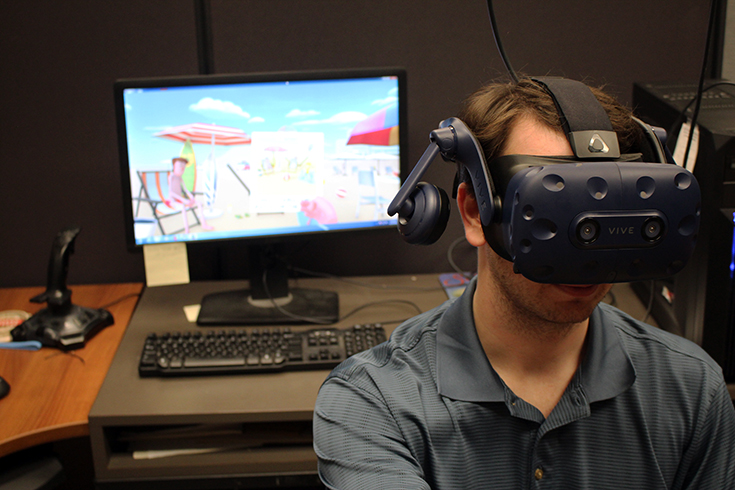 Innovative research using virtual reality gaming is about to take place at The University of Winnipeg.

Dr. Bruce Bolster, Associate Professor in the Department of Psychology, and students Dylan Muller and Stefan Korban will be using specialized games to test episodic and spatial memory in the New Year.

Virtual reality is unique, as it allows researchers to not only record the accuracy of participants’ actions and memories during navigational tasks in three-dimensional environments, but also routes taken through the game and which mistakes they were prone to make.

Bolster’s particular interest is in the temporal lobe structure known as the hippocampus.  This brain structure is necessary for episodic memory, which is the ability to keep a mental diary of life events.

When people sustain damage to the hippocampus and connected structures, they suffer from a condition known as anterograde amnesia, and can’t record any new memories.

“It turns out the hippocampus is a structure which plays a central role in a unique capacity of memory, which is the ability to mentally engage in time and space travel,” Bolster said. “This means it enables people to revisit experiences in the past and to envision those that might occur in the future.”

Previous research in the lab has been done with virtual environments and joysticks, but the addition of true virtual reality will improve testing because participants no longer have to focus on the game controls, and can attend to the simulated environment without this distraction.

“We’re hoping by making the tasks more realistic and naturalistic, we’re getting straight through to cognitive function without interference from noise on the output side,” Bolster added. 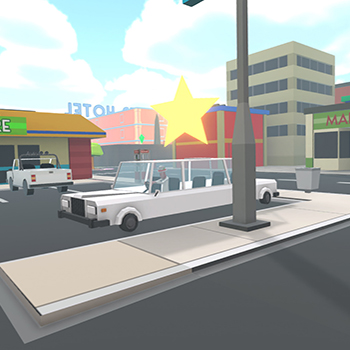 This unique research is made possible with the collaboration of Project Whitecard Studios. The Winnipeg-based company has developed the DoVille/Juniper Beach virtual reality game, which is designed to enhance cognitive function in elderly individuals.

Research with the DoVille game in 2019 will involve participants in Winnipeg residential facilities who have restricted opportunities for movement and travel.

In this project, Dr. Bolster and his students are collaborating with Dr. Mandana Modirrousta, who is a neuroscientist and neuropsychiatrist at St. Boniface Hospital and an associate professor in the Department of Psychiatry at the University of Manitoba’s Faculty of Medicine.

Two additional VR games are also being used to assess the impact of the DoVille program on memory.

The first game — which was developed by a software company called Glitchers — is designed to assess the specific spatial skills that are dependent on the hippocampus, which is a brain structure and early target of the brain pathology that accompanies Alzheimer’s and dementia.

It works by putting participants in a virtual environment and asking them to navigate around, making note of landmarks and spatial features as they go.

The participants are then asked to navigate back to the starting point of the environment, and the speed and accuracy of their performance is measured.

The second virtual reality task is an object-in-place game designed in UWinnipeg’s laboratory to assess aspects of spatial memory — specifically the ability to remember the location of moveable objects in the environment.

In it, the participant is put into a street scene where they enter a house, explore it completely, and are asked to pick up a certain number of items. The participant is then put back on the street with a variety of items — some from in the house and some not from the house — and then must put them back where they were originally found.

“This is targeted at the memory process that enables you remember where you left your car keys, your coffee cup, or where you parked your car in the parking lot,” Bolster noted.

Once baseline levels of performance in neurologically intact patients are established, the data will then be used in future research to measure the impact of treatments in patients who suffer from neurological conditions that affect hippocampal function.

“Examples of such treatment would include transcranial magnetic stimulation for individuals in the early stage of Alzheimer’s disease,” Bolster said, “or surgical removal of diseased brain tissue in patients with temporal lobe epilepsy.”