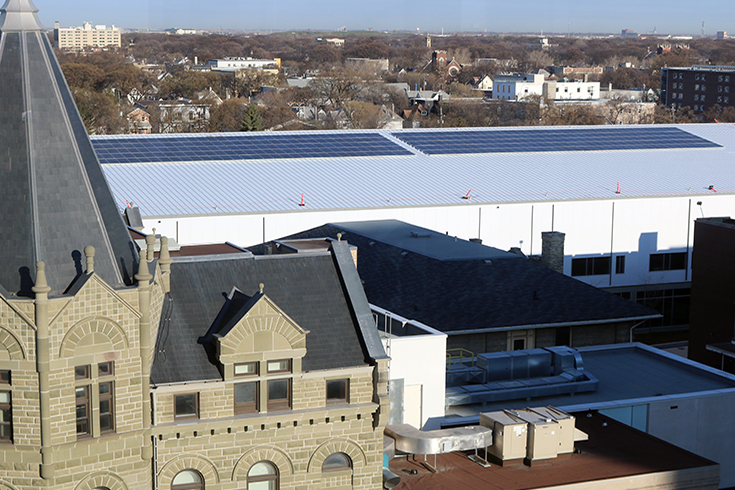 The University of Winnipeg will soon be home to one of the largest solar panel installations inside the city.

Work on the project started earlier this spring as 540 solar panels were moved to their new home on the Axworthy Health and RecPlex, covering a large portion of the building’s rooftop. The installation is expected to be completed in late July, with power officially being switched on sometime in the fall.

In total, the system will deliver 178,000 watts of clean, renewable energy and produce up to 180,000 kilowatt hours of electricity during a calendar year. That will provide approximately 20 per cent of the RecPlex’s annual electrical consumption.

This project moves forward one of the University’s targets in the 2017 Sustainability Strategy, which was to aim for five per cent of total energy use on campus to be derived from unconventional renewable energy sources by 2025.

“We are committed to achieving our renewable energy targets through the use of geothermal, sustainable biomass, and solar energy,” said Kyle Macdonald, Executive Director of Facilities. “It is a concerted effort using a number of new technologies that are being implemented on campus in responsible ways — change is happening.”