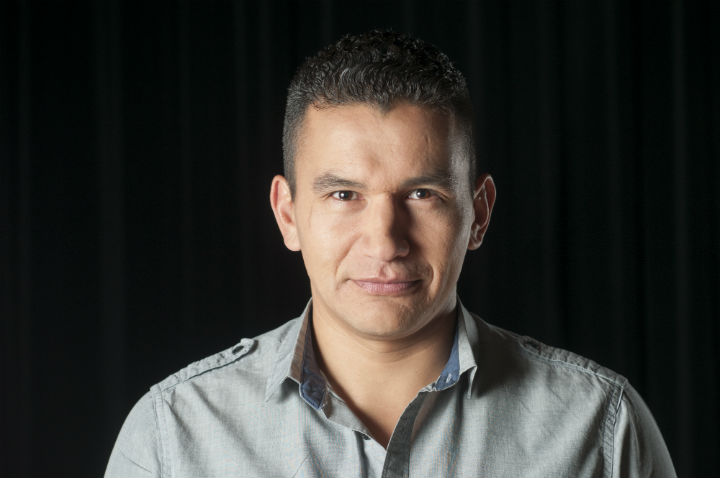 A touching memoir written by UWinnipeg’s Associate Vice-President, Indigenous Affairs Wab Kinew will be released September 29th, and the release of The Reason You Walk is already generating a national buzz.  Kinew’s first foray as an author has been highlighted with interviews in Maclean’s, Quill and Quire, and the National Post, and audiences across Canada are preparing to hear him speak during an upcoming book tour.

The Reason You Walk focuses on the year 2012, when Kinew put his multifaceted career on pause after learning of his father Tobasonakwut Kinew’s terminal cancer diagnosis. The book chronicles a father and son’s journey in time, revisiting the father’s harrowing past as a child abused in the residential school system, and the son’s experiences being raised by a parent who was shaped by trauma. The path to reconciliation they travel is set against the backdrop of a Canada that is just starting to come to grips with its difficult colonial past; their powerful story offers inspiration for all nations within a nation that continues to heal.

Wab Kinew is a one-of-a-kind talent, named by Postmedia News as one of “9 Aboriginal movers and shakers you should know”. He joined The University of Winnipeg in late 2012, the same year he hosted the acclaimed CBC Television series “8th Fire”, and in 2015 he hosted CBC’s national program, Canada Reads. Kinew is an honourary witness for the Truth and Reconciliation Commission of Canada.