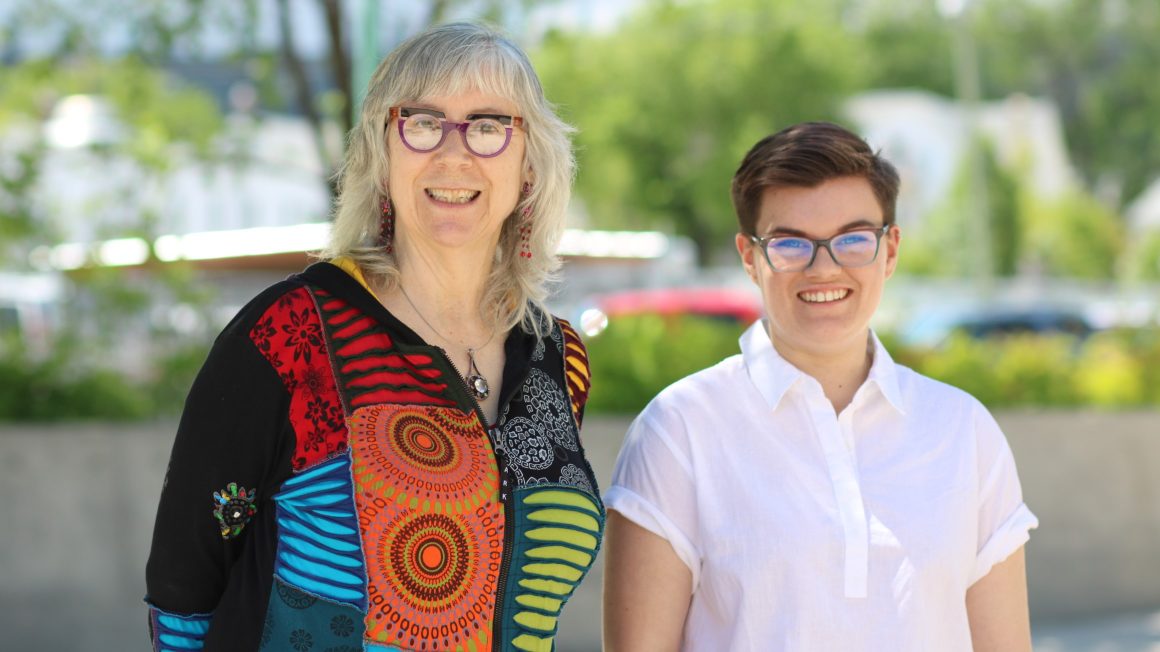 Their article, The Body Binary, is the result of a work-study project Sebring began after she signed up for Greenhill’s class, Gender in Fairytale Film and Cinematic Folklore (WGS-3005).

We quickly moved beyond princess archetypes to look at other implications of media and fairytales.

The class exceeded Sebring’s expectations, inspiring an in-depth work study project that led to publication in an international academic journal.

“We quickly moved beyond princess archetypes to look at other implications of media and fairytales, and the kind of cultural ideas they transmit, not just in terms of gender, but also morality and its many dimensions such as who or what is good or evil,” she said.

As Sebring and her classmates critiqued the popularity of Disney, Sebring began wondering about the ideas being taught through these films and the impact of their mass-consumption.

During this time she was also learning about the field of disability studies and how common it was for evil characters to be depicted with disabled features (such as eye patches).

“I wanted to learn more about this and see what other things fairytales had to say about disability,” she said. “I felt it was important to contribute more to the conversation of what disability representation could look like or mean in fairytale films.”

An alternative reading of The Little Mermaid

As Sebring began thinking about the connection between disability narratives and The Little Mermaid storyline, Greenhill suggested she explore these ideas further in a work study project.

“What I wasn’t so aware of before Jen started working on this was how Disney’s Little Mermaid really speaks to all kinds of folks who don’t feel entirely comfortable in their embodiment and desires, not only disabled but also queer and trans folks,” said Greenhill.

The mermaid, and particularly Disney’s Little Mermaid, is a ground-breaking figure helping a lot of young people access an identity the mainstream world doesn’t want to accept, but Greenhill doesn’t believe it was Disney Corporation’s intention to develop such a character.

“It shows how art and media no longer belong to their creators once they’re out in the world,” she said.

Sebring went into the study expecting to end up with a negative critique of The Little Mermaid and The Little Mermaid II: Return to the Sea. She was pleasantly surprised to find opportunities to read the storylines in a more progressive way.

“I’m not saying props to Disney, but I concur with what Pauline said in that art and media no longer belong to their creators once they’re out in the world, and we can get really creative with how we interpret them and find meaning in doing so.”

In 2019, Dr. Greenhill encouraged Sebring to present her feminist/disability perspective on Disney’s The Little Mermaid films at The Folklore Studies Association of Canada conference. The experience was both inspiring and empowering.

“Dr. Greenhill has been a fantastic support and I’m so grateful to have had the opportunity to work with her,” said Sebring. “The whole process of writing this paper, and publishing and presenting it at a conference was very illuminating.”

Sebring is a writer, researcher, and artist focusing on critical health studies and narratives of illness. After graduating from UWinnipeg with a Bachelor of Arts (Honours) in Women’s and Gender Studies in 2020, she transferred to the University of Manitoba to work toward a Master’s of Science in Community Health.

This research was possible thanks to a Social Sciences and Humanities Research Council of Canada Partnership Development Grant, along with support from the Institute for Women’s and Gender Studies (now the Margaret Laurence Endowment), the Work Study Program, and the Research Office at The University of Winnipeg.