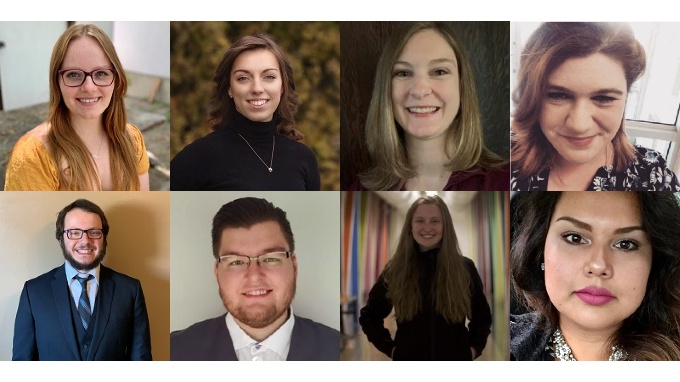 “This case study will improve Canada’s scientific research competency to govern resources that respectfully protect Indigenous rights and demonstrate the importance of Indigenous law and knowledges where western science can comprehend it, ” she said.

Working toward a Master of Arts in Indigenous Governance, she is inspired to recreate her ancestral past by using Anishinaabe law, Manito Aki Inakonigaawin to develop Naotkamegwanning’s biocultural heritage to enhance minopimatisiiwin (living the good life) and biodiversity conservation moving forward in the twenty-first century.

She says that the support she has received from her community has been vital to her success.

“Without spirit and inspired loving action, this would not be possible,” she said. “I am thankful to The Anishinaabe Government Grand Council Treaty #3, Chief Howard Kabestra and Band Manager Laura Kakeeway of Naotkamegwanning Nation, Medicine Man Misquanaquat, my amazingly supportive family, and of course Dr. Gabriel Nemogá’s trusted guidance and advice throughout this process, Dr. Shailesh Shukla’s primary research expertise, and Dr. John Borrow’s encouragement.”

Breanna Belisle is working toward a Master of Arts in Criminal Justice. Under the supervision of Dr. Micheal Weinrath, her research examines whether there is a sentencing discount among second degree murder victims on the basis of gender and race, with specific consideration to domestic violence victims.

She is interested in the way race and gender allow for social constructions to be produced and maintained within society. She hopes that her research increases awareness among justice workers of an ideal victim framework and how to account for such considerations in their daily work.

“I am eager to understand whether there is a domestic discount in Canadian murder sentencing. This is when domestic violence assailants have less punitive punishment imposed as a result of their victim’s death,” she said. “I am also interested in the role of social constructionism to suggest which victims are considered ideal by larger society, and therefore most deserving of punitive sentencing.”

She hopes that her research will result in policy changes.

“It is essential for all individuals to be seen as equal within the justice system,” she said. “Different allocations of worthiness on the basis of social factors doesn’t allow for an accessible justice system for all.”

It is notable that five of the eight students awarded SSHRC funding are studying in The Joint Master of Arts – History program, offered by The University of Winnipeg and the University of Manitoba, allowing students to access services and connect with faculty at both universities.

“These student award recipients have been extraordinary scholars throughout their time in university,” said Dr. Janis Thiessen, Chair, Joint Master’s Program in History.  “They exemplify many of the goals of our program; incorporating their work lives into their academic study, publishing their research in novel formats, and examining pressing issues from a historical perspective. “

Jackson Anderson is working toward a Master of Arts in History (JMP). Under the supervision of Dr. Greg Bak at the University of Manitoba, he is researching the history of Catholic church archives in Western Canada within the context of settler colonialism.

Anderson began exploring the history of settler colonialism in Western Canada during his undergrad at UWinnipeg. This, along with his personal experience working in a Catholic church, has inspired his current research.

Many of the history research projects that he referred to or collaborated on during his undergrad, such as the Manitoba Food History Project, were SSHRC-funded, and this – along with encouragement from numerous faculty members inspired him to apply for research funding.

The guidance and support of professors in UWinnipeg’s history department has been essential to his success. Completing his masters as a JMP student allows him to continue working with them throughout his studies which he is very pleased about.

“I specifically want to thank Dr. Ryan Eyford and Dr. Janis Thiessen for fostering my interest in history and developing my skills as a history student,” he said. “My family and friends have also provided significant support to my academic success. I couldn’t have done it without them.”

Trevor Dyck is working toward a Master of Arts in History (JMP), examining the commonality of decolonization in Canada and the Caribbean. He is conducting his research in archival studies, supervised by Dr. Greg Bak at the University of Manitoba.

He has long been fascinated by the history of the Atlantic world, European colonization, and the post-colonial history of Latin American, Caribbean, and North American countries.

“The legacy of colonization is everywhere, but there is something about British Colonization that I think is worth exploring, so I’m looking at those two regions to see what we can learn by comparing the decolonization processes within the frame of archives.”

Dyck completed his undergrad at The University of Winnipeg, choosing the Joint Masters Program (JMP) for the chance to  stay connected with faculty at both institutions such as Dr. Ryan Eyford at UWinnipeg, and Dr. Jorge Nállimwhose at University of Manitoba, whose guidance helped him find his academic path.

“Because I did my undergrad at UWinnipeg, I have a large base of knowledge that came from UWinnipeg so when I found out the JMP allowed me to study at both universities, I jumped at the chance,” he said. “It gives me the benefit of having access to two libraries, and two sets of professors I can approach with research questions.”

Receiving tri-council funding affirms the importance of his research.

Cara Ginter is working toward a Master of Arts in History (JMP), where she will be analyzing the way journalists have written about missing women over the first two decades of the twentieth century.

“It is my hope that in understanding how journalists in the past have written about missing women, we can better understand reporting decisions that are made.”

She was thrilled when she heard that she had been selected for this year’s award, and looks forward to working closely with Dr. David Churchill and Dr. Len Kuffert at the University of Manitoba in her attempt to “historicise the concept of missing white women syndrome,” a term she says the late PBS anchor, Gwen Ilfill coined in 2004.

“I think that there is a lot that can be gained from understanding how the media, over time, has shaped how we see certain people, behaviours, and events,” she said.

“Receiving this SSHRC award allows me to focus on my research, as opposed to having to split my focus with a part-time job. It takes away the stress of trying to make ends meet while I’m completing my program,” she said. “Not having to worry about finding a job – especially now, mid-pandemic – means I can focus on my research and my writing.”

Madison Herget-Schmidt  is working toward a Master of Arts in History (JMP), researching facial reconstructive surgical procedures conducted by Canadian surgeons during the First World War.

She is interested in how these procedures impacted soldiers as they re-integrated back into society after the war. Thanks to this SSHRC funding, Herget-Schmidt will be able to travel to Ontario to conduct hands-on research in the University of Toronto Archives, and at the Library and Archives Canada, where she looks forward to digging deeper into these historical stories.

“I am very thankful to have had several faculty members provide me with guidance and support throughout my undergraduate education,” she said pointing to her supervisor, Dr. Delia Gavrus, as well as Dr. James Hanley, Dr. Janis Thiessen, Dr. Alexander Freund and Dr. Ryan Eyford as key influences in her studies.

“All have contributed to the trajectory my academic career has taken, and I sincerely appreciate all of the guidance and support they have been able to provide in terms of applying for graduate studies, applying for this award, and establishing a research topic that will contribute to the academic community.”

She says that she owes her success to a supportive network of family and friends, whose encouragement has allowed her to pursue research that not only fuels her passion for learning, but also contributes to the academic community.

“I have wanted to pursue this for a long time, and it is surreal that it is finally becoming a reality to me,” she said. “It means so much to have the support of my parents and loved ones in this endeavor.”

Ashley Schers is working toward a Master of Arts in History (JMP).

Under the supervision of Dr. Greg Bak at the University of Manitoba, she is researching the application of the media studies theory of remediation onto the migration and digitization of archival records.

“In the past few years, maybe even the past decade,  there has been a real push to digitize archival records to make them more widely available and to aid in their preservation,” she said. “However, there are dramatic variations in how records have been migrated with no universal standard for the best way to migrate and digitize these important historical records.”

She hopes her research leads to a more universally – or even nationally – accepted model for proper migration and digitization of these important records.

Breanna Waterman is working toward a Master of Arts in History (JMP), studying Canadian women’s responses to rationing during the Second World War, under the supervision of Dr. Janis Thiessen.

Waterman was very happy when she heard her research was being funded.

“Winning this award has allowed me to focus completely on my studies and to be more involved in the academic community,” she said.

Her research was inspired by a trip to an antique shop, where a selection of cookbooks from 1942 piqued her interest.

“I was interested in how the recipes had changed, and what new recipes war restrictions had inspired,” she said.

She says the support she’s received from her parents, sister, grandparents, and boyfriend has been immensely helpful.

“They’ve even been willing to taste-test some of the more questionable recipes I have tried from these cookbooks,” she said. 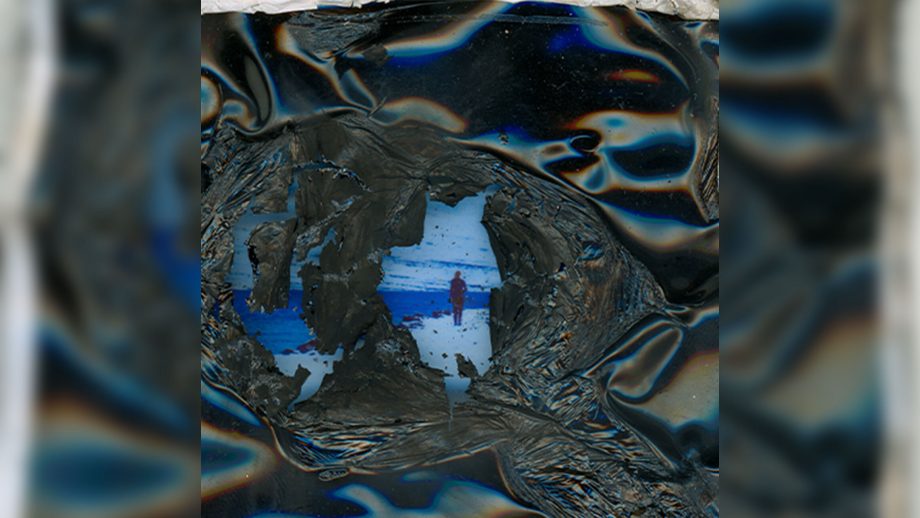 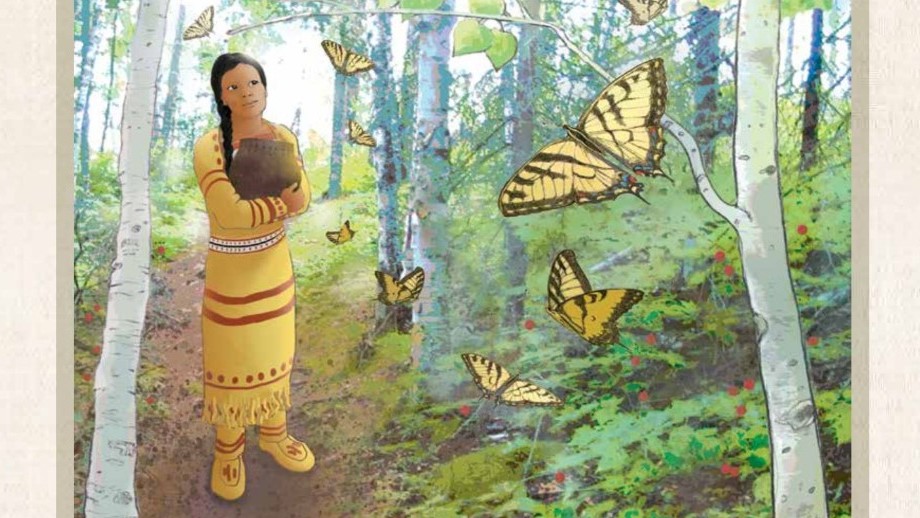 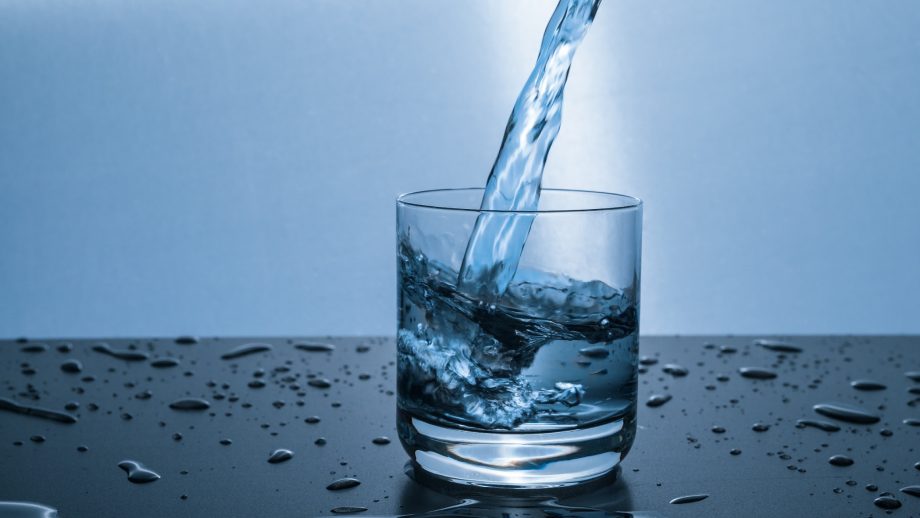