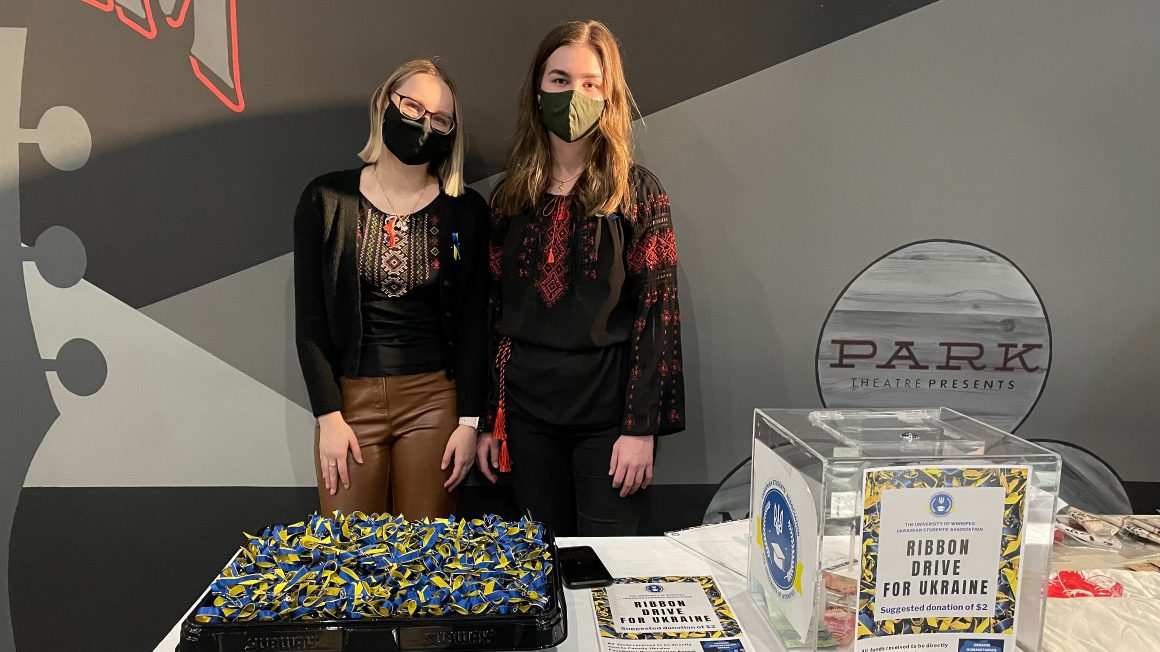 Marysa Fosty describes the events of the past month as gut-wrenching. Adrianna Krawczuk said it’s as though it has been one exceedingly long and heartbreaking day. But in the face of the emotional toll the invasion of Ukraine has taken on Fosty and Krawczuk – president and vice-president of The University of Winnipeg Ukrainian Students’ Association (UWUKRSA) – the longtime friends have taken action to support the humanitarian crisis facing the Ukrainian people.

As heartrending news and visuals of the Feb. 24 invasion emanated from Ukraine, Fosty, Krawczuk, and the entirety of the 15-member UWUKRSA sought a way to raise funds for those most in need. “For me personally, it was a moment of shock and standing still and taking a second to just go, ‘OK, what do we do from here?” Fosty said. “What are other people doing? What kind of support is being put forward?’”

Though a number of ideas were bandied about, the association ultimately settled on a ribbon drive, and as the UWUKRSA prepared to attend the March 6 rally at the Manitoba legislature, the group kicked its ribbon-making efforts into high gear. More than 300 blue-and-yellow ribbons, which represent the colours of Ukraine’s flag, were created by the March 6 rally. Through marathon crafting sessions since, another 700-plus have been created. In total, more than $3,100 has been collected, and in part thanks to a $250 project grant received from the Ukrainian Canadian Students’ Union, every cent has been donated to the Canada-Ukraine Foundation Humanitarian Appeal.

“The first week, especially after making the ribbons, was so overwhelming,” Krawczuk said. “I was in tears with how much support we got. It was amazing. Even our own friends and family, the amount they’ve donated in addition to donating their time to make these ribbons and help us out, has just been absolutely incredible.”

“The first week was so overwhelming. I was in tears with how much support we got.”

To be sure, neither Fosty or Krawczuk, both of whom are Faculty of Education students, envisioned a scenario in which they would be balancing classwork – and in the case of Krawczuk, her final semester – at UWinnipeg with efforts to support those suffering in Ukraine. Both members of the UWUKRSA dating back to their first years of university, the childhood friends revived the decades-old association following its pandemic-related lull in activity as a way to incorporate their Ukrainian heritage and identities into university life. Through language, schooling, and tradition, Ukrainian culture had long been a part of the fabric of their daily lives, and it seemed only natural to find a way to weave it into their experience at UWinnipeg.

As soon as the invasion began, however, there was a shift in what the UWUKRSA could represent. Krawczuk, a first-generation Canadian from a Polish-Ukrainian family, understood the impact the association could have if it mobilized. For Fosty, whose ancestors settled in southern Manitoba from Ukraine in the early 1900s, it was an opportunity to provide crucial assistance to those in desperate need. It has created a greater sense of community for both.

“We’ve put this on ourselves as something that we are doing and supporting not because we want to get recognition but because this is our visceral response to supporting our family,” Fosty said. “I remember seeing a digital on Instagram and it was, ‘My family is no longer four or five people. My family is 44 million.’ I think for me, especially, I don’t have any direct family in Ukraine right now, but that rings so true.”

The backing the UWUKRSA has received throughout fundraising efforts, not just financially but also in time, volunteerism, and support inside and outside the classroom, has left Fosty and Krawczuk in awe. But as the invasion enters its fourth week, both want to advocate for is continued support.

The ribbon drive, of course, is continuing, with ribbons sold at upcoming events supporting Ukraine as well as a handful of Credit Unions and local shops in Winnipeg, a growing list of which can be found on the UWUKRSA’s social media channels, including Facebook and Instagram. In addition, direct donations can be made to the Canada-Ukraine Foundation Humanitarian Appeal.

Most importantly, though, Fosty and Krawczuk want to encourage those concerned by the events in Ukraine to keep up to date with the crisis and seek ways to help those not only within Ukraine but also Ukrainian citizens within our borders.

For updates and information on the crisis in Ukraine, including ways to support those in need, visit The Ukrainian Canadian Congress. 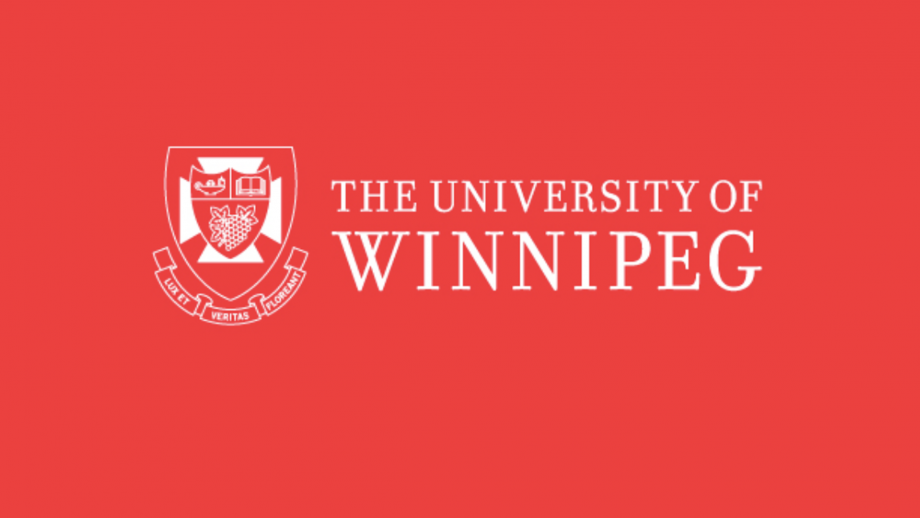 UWinnipeg extends supports to students affected by war in Ukraine