A Conversation with John Prendergast at UWinnipeg 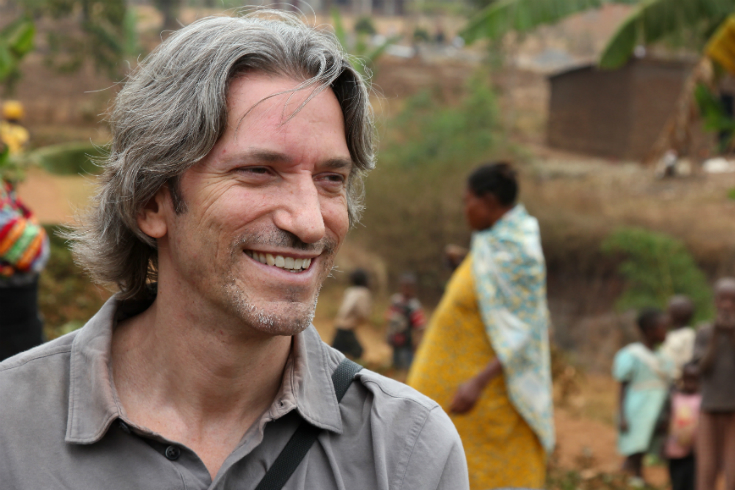 UWinnipeg’s Global College presents this lecture with human rights activist and best-selling author John Prendergast entitled A Conversation with John Prendergast:  My Seven Stories of Change and Transformation,  on Saturday, November 14 at 10:30 a.m. in Room 2M70, UWinnipeg, 515 Portage Ave. This lecture is free and open to the public.

“John Prendergast has a remarkable career working both in government and with NGOs on some of the most entrenched conflicts on the African continent,” said Dr. Dean Peachey, Executive Director, Global College. ‘’His first-hand observations are fascinating.”

This lecture is being held in cooperation with the Manitoba Dental Association.

Prendergast has worked for peace in Africa for thirty years. He is the Founding Director of the Enough Project, an initiative to end genocide and crimes against humanity. He is also the Co-Founder of The Sentry, a new investigative initiative focused on dismantling the networks that finance conflict and atrocities. John has worked for the Clinton White House, the State Department, two members of Congress, the National Intelligence Council, UNICEF, Human Rights Watch, the International Crisis Group, and the U.S. Institute of Peace.  He has been a Big Brother for more than 25 years, as well as a youth counselor and a basketball coach.

Under the Enough Project umbrella, Prendergast has helped create a number of initiatives and campaigns with partners that include George Clooney, with whom he co-founded the Satellite Sentinel Project, which aims to prevent conflict and human rights abuses through satellite imagery; and Tracy McGrady and other NBA stars, who launched the Darfur Dream Team Sister Schools Program to fund schools in Darfurian refugee camps and created partnerships with schools in the United States. Through the Enough Project, he conceived the Raise Hope for Congo Campaign and its companion the Conflict-Free Campus Initiative, which highlight the role of conflict minerals in fueling the war there and support a more comprehensive peace process. He also helped direct the Sudan Now campaign, which supported the execution of a peaceful referendum for South Sudan.

Prendergast is the author or co-author of ten books.  His latest book, Unlikely Brothers, is a dual memoir co-authored with his first little brother in the Big Brother program. His previous two books were co-authored with Don Cheadle: Not On Our Watch, a New York Times bestseller and NAACP non-fiction book of the year, and The Enough Moment: Fighting to End Africa’s Worst Human Rights Crimes. He is also undertaking a new book project on the Congo with Ryan Gosling and New Yorker writer Kelefa Sanneh.

During his time in government, Prendergast was part of the facilitation team behind the successful two-year mediation led by Anthony Lake which ended the 1998-2000 war between Ethiopia and Eritrea, the deadliest war in the world at the time.  He was also part of peace processes for Burundi (led by Nelson Mandela), Sudan (led by Lazaro Sumbeiywo) and Congo.