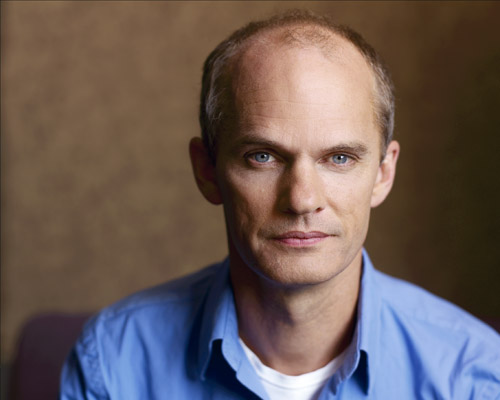 Award-winning playwright Rick Chafe, UWinnipeg’s Carol Shields Writer-in-Residence 2016, has his inaugural reading at 1:00 p.m., on Thursday January 14th, 2016, in Room 2M70 at The University of Winnipeg. This lecture is free and open to all.

In addition to his reading, starting on January 11th, 2016, Chafe will have an office (2A45) with the English Department where writers and emerging writers in the community can meet with him for a free consultation about their writing. You may contact him by email at r.chafe@uwinnipeg.ca, or phone 204-789-1476.

His plays include The Secret Mask – a finalist for the Governor General’s Award for Drama and winner of the first Chris Johnson Award for Best Play by a Manitoba Playwright. He is the author of Shakespeare’s Dog, The Odyssey, Beowulf, Zac and Speth, and the musical Strike! (co-written with Danny Schur). Rick also writes for film and television.

The Carol Shields Writer-in-Residence Program at The University of Winnipeg was made possible by a generous donation from the Shields family. The program’s name honours the memory of Carol Shields, Pulitzer-prize winning novelist and Chancellor of the University of Winnipeg from 1996 to 2000. At convocations our students and their families were privileged to hear her wise and beautifully-crafted addresses to the graduands. Carol was also a generous mentor to emerging writers, so this program is a fitting tribute to her. As former UWinnipeg President Dr. Lloyd Axworthy has said, “Carol was enormously committed to cultivating young writers. Through the thoughtfulness and generosity that the Shields family has shown to the University, opportunities have been created for many more people and emerging writers to discover their creative voices.” As we welcome Rick Chafe to campus, we are proud and grateful to be celebrating our eleventh year of the residency.