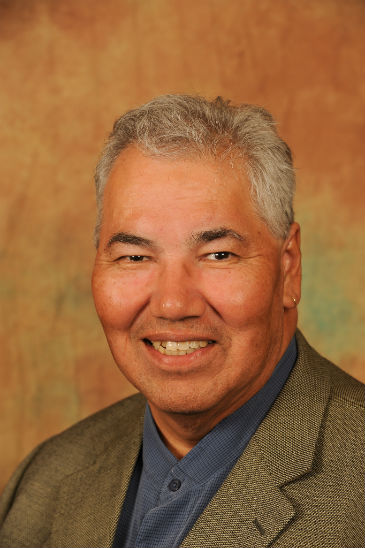 WINNIPEG, MB – The University of Winnipeg is proud to announce The Honourable Mr. Justice Murray Sinclair as the recipient of the 2015 Duff Roblin Award, a Manitoban with a profound dedication to education and community. The dinner will be held Tuesday, November 17, 2015 at the Fort Garry Hotel with proceeds supporting students through the Duff Roblin Scholars Fund, the Opportunity Fund, Community Learning initiatives, and the Truth and Reconciliation Commission of Canada Scholarship Fund. Tickets and sponsorships to the dinner are available.

Justice Sinclair was awarded an Honorary Doctor of Laws from UWinnipeg in 2011 to honour his distinguished career and life devoted to public service. Justice Sinclair was appointed Chair of the Truth and Reconciliation Commission of Canada (TRC) in 2009, and in this ground-breaking role, has created the first comprehensive report on the Indian Residential School system in Canada.  Following years of intense hearings from survivors and academic research, the report includes 94 recommendations aimed at bridging the experiences of Indigenous and non-Indigenous Canadians. In addition, Justice Sinclair was Manitoba’s first Aboriginal Judge where he co-led the seminal Manitoba Aboriginal Justice Inquiry. In November 2000, Justice Sinclair completed the Report of the Pediatric Cardiac Surgery Inquest, a study into the deaths of twelve children in the pediatric cardiac surgery program of Winnipeg’s Health Sciences Centre.

“Justice Sinclair is an inspiration to all Canadians who think deeply and care passionately about human rights, and the meaning of true citizenship and reconciliation,” said Dr. Annette Trimbee, President and Vice-Chancellor, UWinnipeg. “He has devoted his career to paving the way for the next generation to grow and prosper, and has given tirelessly of himself to that service. It is our honour to pay tribute to Justice Sinclair with the 2015 Duff Roblin Award.”

“I am very honoured to receive this recognition, but I share this honour with all those who had the courage and conviction to share their stories about the residential schools,” said Justice Sinclair. “It is my great hope that the work I have been a part of will continue as we move forward towards a shared future that acknowledges the culture and the rights of all peoples in Canada.”

As a tribute to Justice Sinclair, the work of the TRC, and the many participants who bravely shared their experiences, the 2015 Duff Roblin Award Dinner will be centred on the themes of “This reconciliation matters to me” and “What can I do?” UWinnipeg is honoured to offer an additional sponsorship opportunity, Conversation Table Sponsorship, with the hope that this year’s event will be a forum for compassionate, collaborative dialogue around reconciliation. At each Conversation Table of ten people, five guests from the sponsoring organization will be joined by five invited guests from the student body and leadership within the Indigenous community. The University appreciates the dedicated volunteer leadership of Dinner Chair
Dr. R. M. (Bob) Kozminski and Honorary Dinner Co-Chairs Sherri Walsh and Treaty Commissioner James Wilson for their generous involvement in planning this year’s event.

The inaugural Duff Roblin Award was named in honour of and presented to The Honourable Duff Roblin in 2007. This prestigious award recognizes a recipient’s qualities as an outstanding Manitoban, a patron of education, and someone who demonstrates exemplary citizenship and life-long commitment to community. Past recipients include Tom Jackson (2008), Kerry Hawkins (2009), Edward S. Kennedy (2011), Charles Coffey (2012), Jan Belanger (2013) and Gail Asper (2014).

For more information about Conversation Table Sponsorship or other ways you can become involved, please inquire by email at fdnevents@uwinnipeg.ca or by phoning the event hotline at 204.415.2472.

The Honourable Mr. Justice Murray Sinclair was born just north of Selkirk, at what used to be St. Peters Reserve, and he faced early hardship. As an infant his mother died, and he was raised by caring grandparents and extended family. His Ojibway name Mizanay Gheezhik, means “the One Who Speaks of Pictures in the Sky,” and Justice Sinclair has spent his life creating a new image of justice for Aboriginal people.

He showed early promise and was Valedictorian for his graduating class and Athlete of the Year at Selkirk Collegiate. Justice Sinclair continued his academic career at The University of Winnipeg, studying sociology with a history minor in 1975. He successfully applied to law school in 1976 and moved to the Faculty of Law at the University of Manitoba, where he graduated in 1979.

Justice Sinclair has spent his life in public service on behalf of all Manitobans, having served on numerous community boards including The Boy Scouts, The John Howard Society, The Royal Canadian Air Cadets, The Canadian Club, The Canadian Native Law Students Association, The Social Planning Council of Winnipeg, Ma Mawi Wi Chi Itata Centre, and The Board of Regents of The University of Winnipeg, to name just a sampling. In 1994 he was honoured with one of the first National Aboriginal Achievement Awards. In 2011 he was awarded an Honourary Doctor of Laws from The University of Winnipeg.